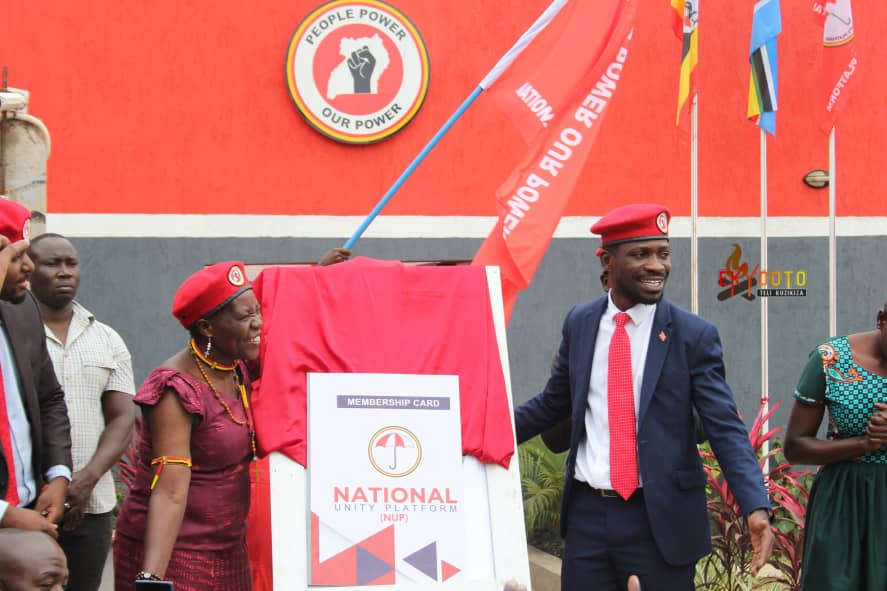 Dr. Lina Zedriga, the People Power principal’s deputy revealed that the NUP will soon be announcing its leadership in a few weeks to come.

Dr. Zedriga announced their mission statement will be, “To rally the people of Uganda to exercise their power and build a free, united, prosperous and Democratic Uganda.”

Party president Robert Kyagulanyi said that a few weeks ago, People Power movement was criticized by some politicians and members of the public for being disorganized but he is immensely proud of the new structures and organization that they have embarked on.

“Others went to the extent of advising us to get a centre number since the 2021 elections are seen as a democratic examination,”

“It is my pleasure to re-announce to them that yes, we have a centre number and we have a home. The National Unity Platform,” Kyagulanyi said.

Kyagulanyi said that the NUP will be just a registered version of People Power but that doesn’t mean that People Power has now been abandoned.

The membership cards, according to the party spokesperson Joel Ssenyonyi will go for shs 1000.

The legislator added that in the coming days, the party will be rolling out a massive show off of support from the people of Uganda, adding that many people have already donated to them offices nationwide which will be opened soon.

Kyagulanyi called up all change seeking Ugandans who don’t have a party and those who would like to feel represented, to join NUP because of its a national cause.