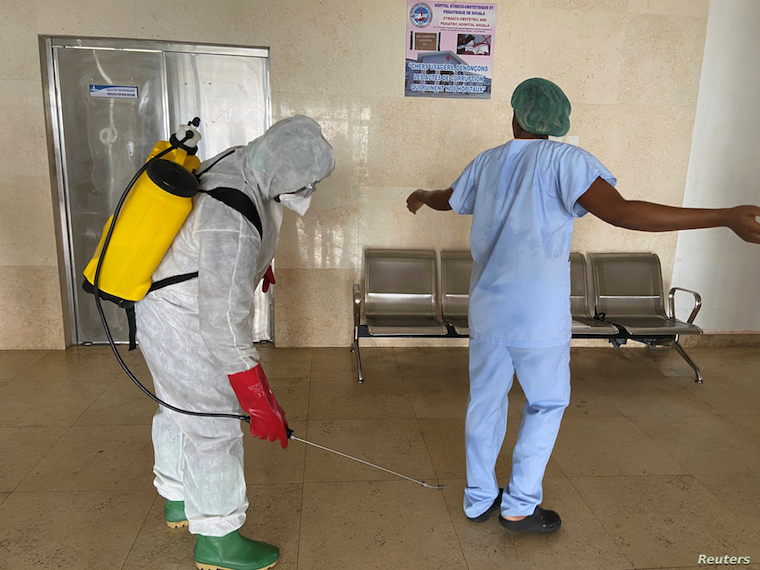 On Sunday, the Ministry of Health issued a postmortem report indicating that the 80 year old woman who died at Mengo hospital had conditions consistent with the novel Corona virus disease.

However, reports from relatives indicate that the deceased did not die of covid as widely communicate by the government. “Our mother died probably of heart attack, not covid as the government is indicating,” says the son to the deceased. “By the time the government claimed she had covid, we had already laid her to rest. How come none of us has since shown signs of covid?,” he further asks. He further reveals that majority who attended the funeral have already mixed with the population. Even the burial was held in the customary way without following standard operating procedures of the World health Organisation.

Indeed, the acclaims of the relatives hold water. Our reporter silently managed to get to Platinum hospital in Kisenyi, where the deceased was first admitted. We established that the clinic is operating normally with no signs of isolation or quarantine for both the medical staff and patients. A health worker who declined to be mentioned told this site that, “Much as the government says our patient died of covid. We do not understand why to-date none of us has showed any signs of the virus.” She adds that the patient even spent a full fortnight at the clinic. “We’ve treated her for 2 weeks which I suppose is the incubation period for the virus. Yes, she had respiratory problems but that doesn’t necessitate that it was covid,” she adds.

Contacted for a comment, Mengo hospital through the office of the public relations says it will issue a press release explaining the circumstances surrounding the death of this 80 year old woman.

The Health Ministry however says they’re tracing contacts of the deceased and all who attended the burial. “We are getting in touch with relatives of the deceased. We want to put them into quarantine,” Dr. Diana Atwiine told the press.