Kicks of a Dying Horse: NRM Gov’t Resolves to Intimidation 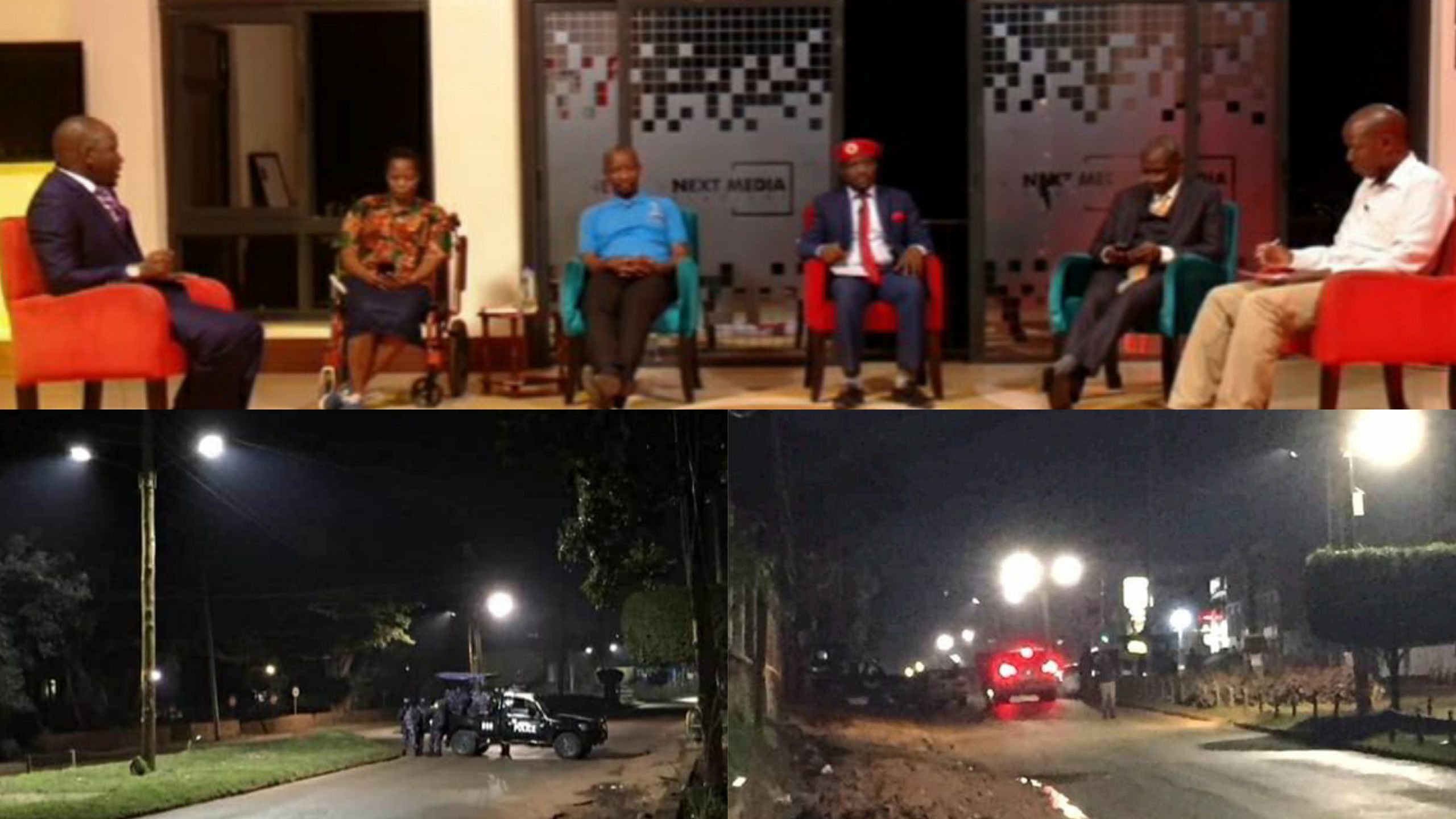 Fred Nyanzi Ssentamu, Hon Ssemujju Nganda and Hon Betty Nambooze were forced to spend a night in the studios on Nbs TV  after police sealed off the television premises as they appeared on a political show last night; Barometer.

According to NBS management, they tried to get a reason from security but all in vain.

Kyagulanyi Ssentamu Robert aka Bobi Wine writes on the matter:

Our comrades Hon. Betty Nambooze, Hon. Semujju Nganda, and Comrade Chairman Nyanzi Fred and others are still stuck inside NBS studios after police surrounded the entire building as they were having a talk show last night.

As we wait to see what happens, I want to urge all Ugandans to be more vigilant than we have ever been. The regime is in panic. The intimidation is intended to scare us into silence, but this is our time to get even louder. We shall overcome.