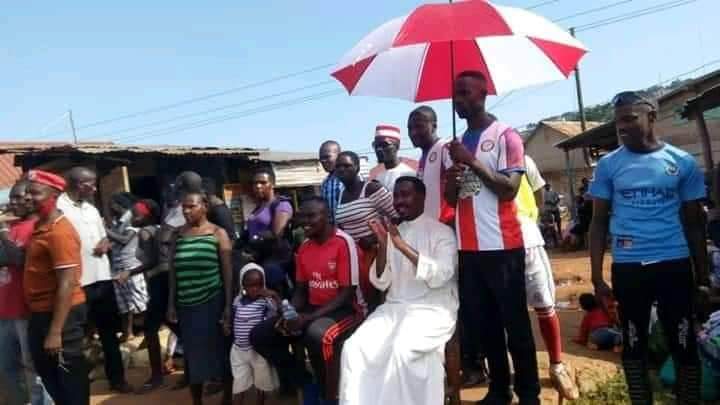 Inside sources have reliably informed this site that the incumbent Makindye West Member of Parliament, Allan Ssewanyana is lobbying for the NUP/PP endorsement in his bid.

This follows the intensifying insurmountable pressure arising from the People Power Makindye coordinator, David Musiri who is dominating the poll. Prior to the trail, Ssewanyana had underrated the youthful student activist and deemed him unfit for the seat citing insufficient funding to run a campaign for the MP position. “Allan thought it would be business as usual till Musiri David embarked on door to door ground work,” reveals a source in the Musiri camp. “As the pressure piled, he resorted to bribing the Katwe DPC to use force to disperse Musiri’s meetings,” the further source adds.

Ssewanyana had been tipped to be among the DP stalwarts that were to switch allegiance to their long time opposition strongman, Kizza Besigye’s party but he adamantly denounced in a media briefing before Tuesday as the city Lord Mayor, Erias Lukwago confirmed his membership. “If I’m to cross to the FDC, it’s me to do a press conference and break the silence. For now disregard the ongoing rumours that I’ve defected to FDC. I am still a member of the DP,” stated Ssewanyana when reached by the media.

However, a few days a go, the Makindye legislator is starting to use the National Unity Platform party umbrella symbol and colours throughout his public appearances. A well placed insider reveals that Ssewanyana is panting for Kyagulanyi’s endorsement despite the fact that he never picked the People Power nomination forms. A recent photo of Ssewanyana meeting the People Power principal at Magere is already making rounds across social media leaving many wondering if he has ditched Besigye with whom he serves in The People’s Government to join the sounding People Power movement.

Our efforts to reach Ssewanyana for a clarification could not yield as his known contacts went unanswered. We opted to engage a source in the People Power elections management committee who stated that, “no candidate that never fetched forms would be considered regardless.” It should be noted that this very week, Bobi Wine paid a visit to Mukono municipality legislator, Betty Nambooze for round table talks that many anticipate could see her officially join NUP. In Masaka, Mathias Mpuga has already dropped the DP towel to embrace NUP.