BREAKING: Bobi Wine Official Poster for 2021 Polls is Finally Out 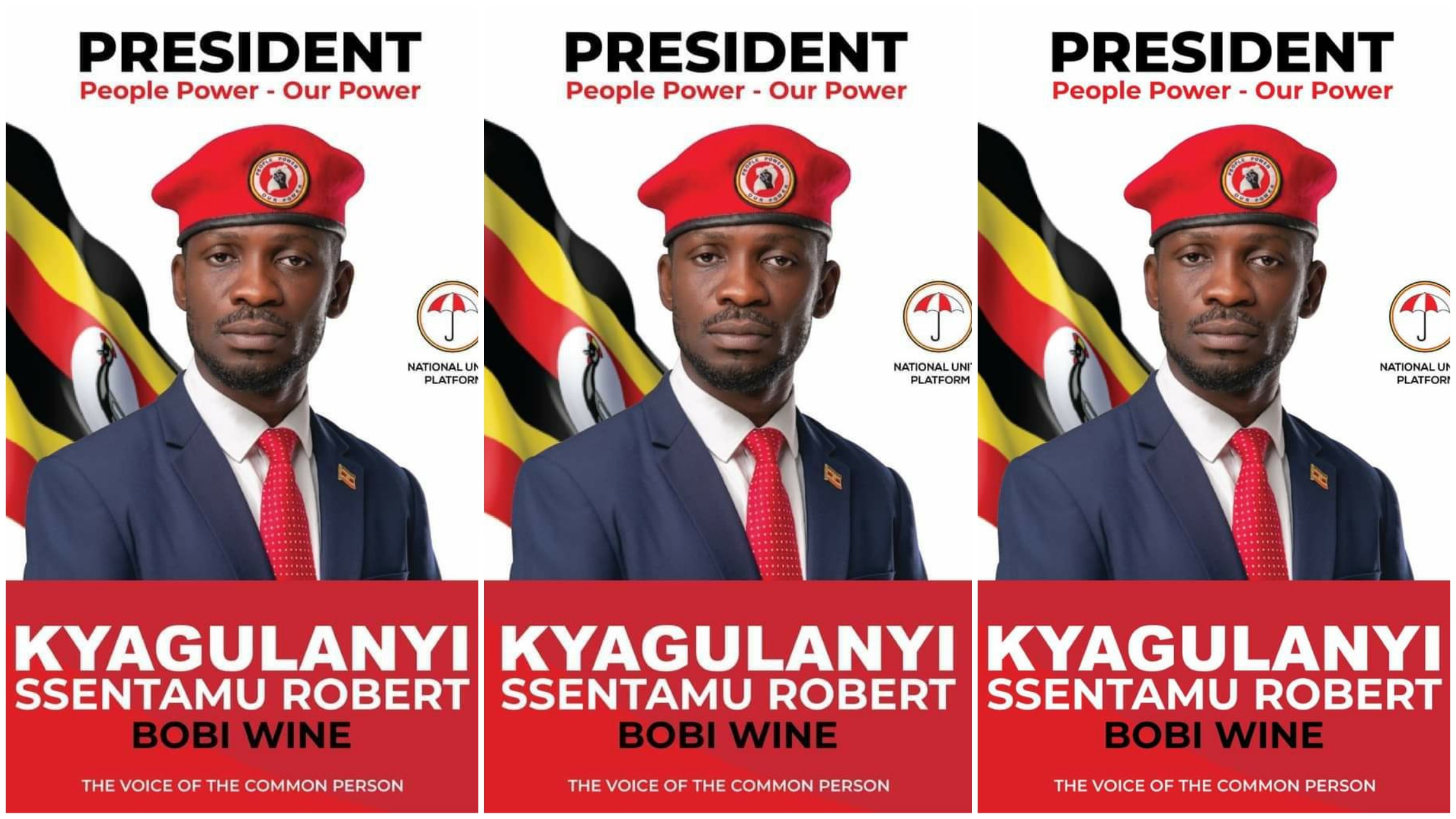 The long awaited People Power -Uganda (NUP) Principal’s Official poster for 2021 polls is finally out. “Ladies and gentlemen, Countrymen and women, Behold a new Uganda, a new beginning!” Bobi Wine said while uploading it on social media as it goes viral.

Bobi Wine (real name Robert Kyagulanyi Ssentamu) has rapidly built up a following based largely on his message of power to the people and criticism of the Ugandan government after he was elected in a parliamentary by-election in 2017.

Bobi Wine, formally announced he will run for president in 2021 last year July, 2019.
“I will personally once again tell you of my willingness and readiness to lead you (Ugandans) in that effort — the effort to usher our country into a new era of freedom and justice,” Wine said in a statement posted on Facebook

Bobi Wine is to challenge Museveni in the 2021 elections who has ruled Uganda since 1982 and has changed the constitution twice to extend his stay in office.