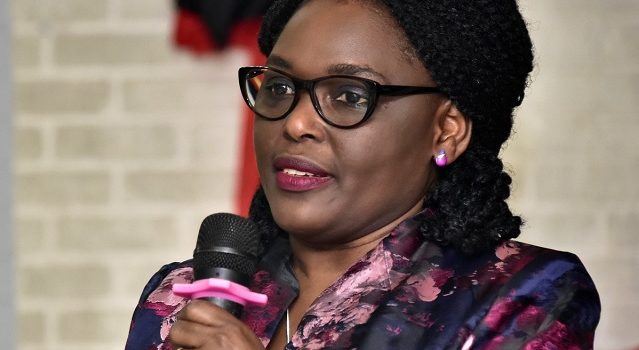 Fresh information jetting in indicate that Court of Appeal judge, Catherine Bamugemereire is under fire over what stakeholders in the land sector have described as unfair and unconstitutional recommendations that she says would streamline the administration of the sector.

Justice Bamugemereire chaired the seven member team of the Commission of Inquiry into land matters that have proposed that the government starts to tax all unutilised land owned by private individuals across the country as a move to force the owners to put it to productive use.

They said that quite large chunks of land are spread all over the country but have not been put to economic use which has partly contributed to slow development of the country.

Among other recommendations include the introduction of land ceiling of half a square mile on application for former public land, establishment of Uganda Land Services Bureau (ULSB), the ombudsman to handle eviction matters, review and amendment of the Survey Act and the Survey Registration, introduction of customary freehold titles to be issued alongside mailo tenure and freehold tenure, establishment of Land and Environment Courts and reinstatement of District Land Tribunals.

However, landlords and lawyers have separately described the recommendations as political and questioned where the government will derive the mandate to implement them.

Peter Mulira, a seasoned lawyer and landlord said the land probe was a disappointment to the nation for constituting itself into a court of law when it focused on handling disputes between persons and companies.

He questioned how the government can start taxing land which is not generating income and that all the recommendations are already in the national plan.

“The Constitution provides that all land belongs to the people of Uganda and the same law book allows the government to exercise powers provided for. There is no provision allowing them to tax land, that proposal is redundant” he said.

Kira Municipality MP Ibrahim Ssemujju-Nganda said that the Land probe recommendations are meant to serve a mission which President Museveni has for long wanted to achieve.

He said that since 1995, President Museveni has been struggling to ensure that the government is put in charge of land such that he can give land to whoever he wants.