NRM too desperate with NUP symbol-Zaake 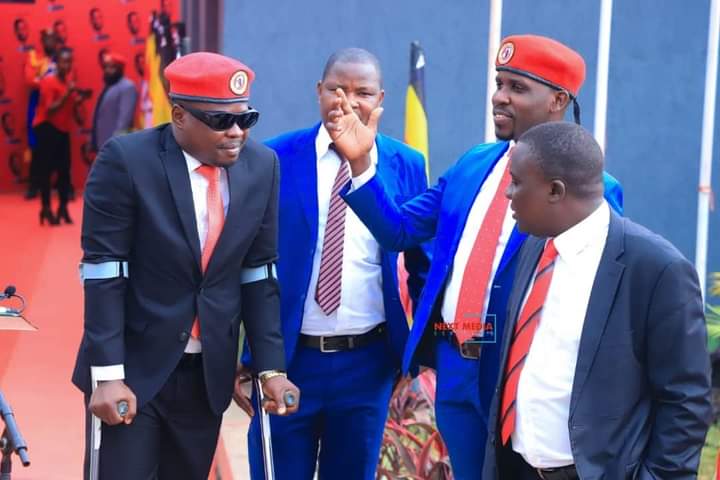 The People Power youth wing team leader who doubles as the incumbent Mityana municipality legislator, Zaake Francis Butebi has fired shots at members in the ruling NRM party who are getting obsessed with the NUP political symbol.

In a short Facebook statement Zaake humorously writes, “Interestingly our symbol is marketed by NRM, no matter the color!”

Zaake’s heated remarks follow the emerging photos at the NRM secretariat where the party Electoral Commission chairperson, Dr. Tanga Odoi is seen carrying a yellow umbrella. Zaake’s observations are consistent with the NUP principal’s famous remarks that the People Power movement will win the elections when it is the NRM government doing the campaign and funding. Bobi’s remarks are logically valid on the basis of the manifesting panic exhibited by NRM cadres.

Reports also indicate that the Eastern region NRM mobilizer, Capt. Mike Mukula has added the umbrella to his routine items and that he is always seen holding it at every gathering he convenes. Mukula has been under fire over his persistent flouting of exisiting covid precautions that prohibit such events. His photo in the Sebei region where he gathered people in a Church attracted public outrage with social media critics asking how he influenced the reopening of a full house of God just to conduct politics.