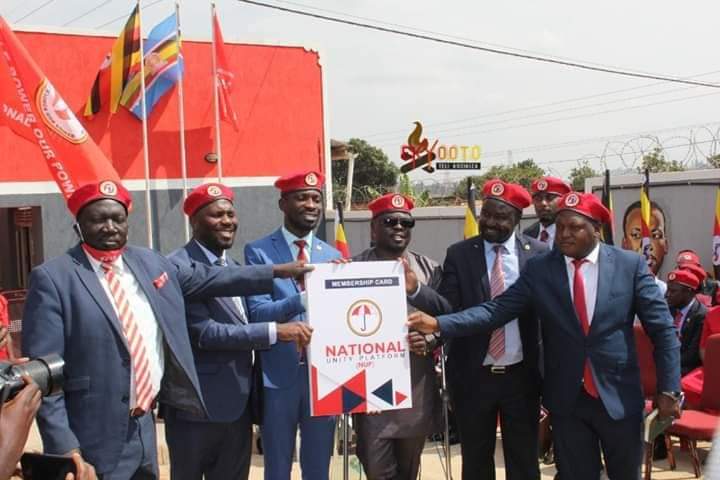 The National Unity Platform party led by Robert Kyagulanyi Ssentamu is continuing to outshine other political players over the tremendous speed at which it is stepping up its efforts to reclaim the leadership of this country.

Just today at press conference held at the Kamwokya based NUP/PP headquarters, about four Members of Parliament in the outgoing tenth parliament have been unveiled as party members. In the midst of chants and ululations from the mammoth crowd, the Mityana municipality legislator Zaake Francis Butebi who serves the movement as the Youth Wing leader was unveiled as fully registered member of the NUP. Initially, Zaake has been aligned to the People Power movement as an independent member. Even in the 2016 polls, Zaake independently defeated candidates from other political parties.

At the infancy of the People Power movement before it metamorphosed into the National Unity Platform party, several regime spin stars led by Andrew Mwenda usually peddled a narrative that it was a cult that only appealed to the peasant class mainly dominated by ‘hooligans’ and unemployed youths. But with the addition of the elite class onto the movement, the narrative has since changed with the regime resorting to buy out loyal Bobi Wine supporters.