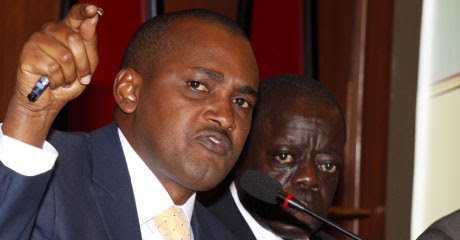 News reaching this desk indicates that the Minister for Labour, Gender and Social development, Frank Kagyigyi Tumwebaze has stepped up the game to reclaim the Kibale East seat following his alleged involvement in the poisoning of his lead opponent, Asiimwe Crispas. It is said that Asiimwe was poisoned at a food outlet in Kamwengye town last Wednesday. Sources say Asiimwe, who is rivaling Tumwebaze for the Kibale East seat set out on Wednesday to a local food hub where he could have been poisoned. “We had come to have lunch last Wednesday. It is from then that Asiimwe developed nausea,” intimated his campaign handler. “On Friday morning, things worsened and his temperature rose. He started shivering and getting worse till we rushed him to hospital where they admitted that he had been poisoned,” he adds.

Tumwebaze who has held that seat amply for over a decade assured Museveni that he would not create space for People Power in Kamwengye. He has all along managed to tighten his nut under the ruling NRM party ticket without even internal contestation. His confidants validate Tamale Mirundi’s acclaims that the son of Kagyigyi is not the kind that can relent from his cat and mouse chase game. They intimate that he is the kind that can even kill to retain his incumbency. In the previous 2016 polls, Tumwebaze successfully rigged and won with an over 85 percent margin in an election that was undisputed amid fear. “He is a man who brags of his relationship with the first family. He can even kill to remain MP”, says Bananuka, a food hawker in Kamwengye. “Contesting with Tumwebaze is equally a death sentence,” he adds.