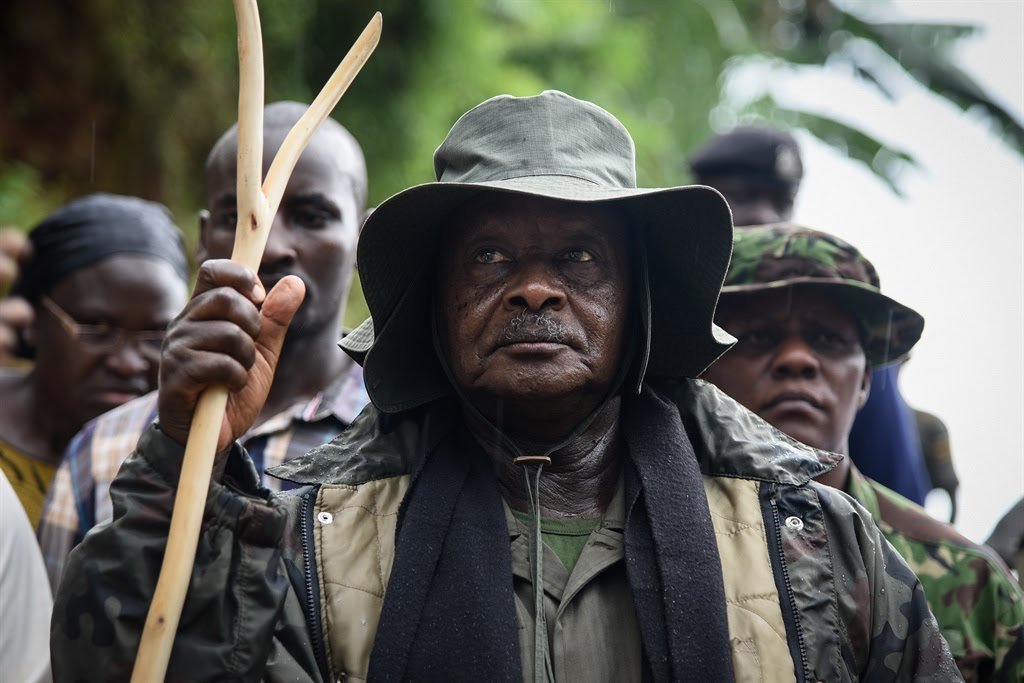 In a bid to appeal to the youthful generation which has already endorsed and embraced the leadership of NUP/PP principal Robert Kyagulanyi Ssentamu, panicking Museveni has nodded to the advice of his senior press adviser, Don Wanyama Innocent who wants the 75 year old to rebrand as his main challenger, Bobi.

SEE ALSO: Meeting slated to open up Entebbe Airport cancelled amidst wrangles in the NRM party.

A day a go, an embittered Wanyama authored an OP-ed in the Nile Post titled ‘Lying to the West won’t make Bobi Wine president’ which sounded more of a rebuttal to Bobi Wine’s New York Times piece ‘My Torture at the Hands of America’s Favourite African Strongman’ which highlights the torture meted out on not just him but the citizenry either.

Cognizant of the fact that his authorship would not appeal to the change yearning Ugandans, Don Wanyama resolved to advise his boss to make a pre-recorded footage of him working out as he had done in the first weeks of the covid lockdown. A reliable source reveals that Museveni only did about 10 press ups before he panted, and ran out of gas.

Released on August, 5 on his Twitter handle, Museveni is seen running around barefoot within his office. The 75 year old is trying to rebrand as a 35 year old youth and also wipe away the ongoing narrative that he is facing severe blackouts. For the very first time, Museveni is being challenged by a young opponent who rose his ranks from grass to grace with no Bush war attachment

The published video tweet is captioned, “After work last night, I challenged my Bazukulu to an indoor work-out. We did Forty Push-ups. Just like I have always advised even at your own home, you can stay safe and remain fit and healthy.”

Just last weekend, media reports indicated that Museveni collapsed as he was headed to a meeting in which they were to discuss the possible reopening of Entebbe airport. Consequently, the entire security detail which was present at the time of the sudden fall was arrested, interrogated and reshuffled.