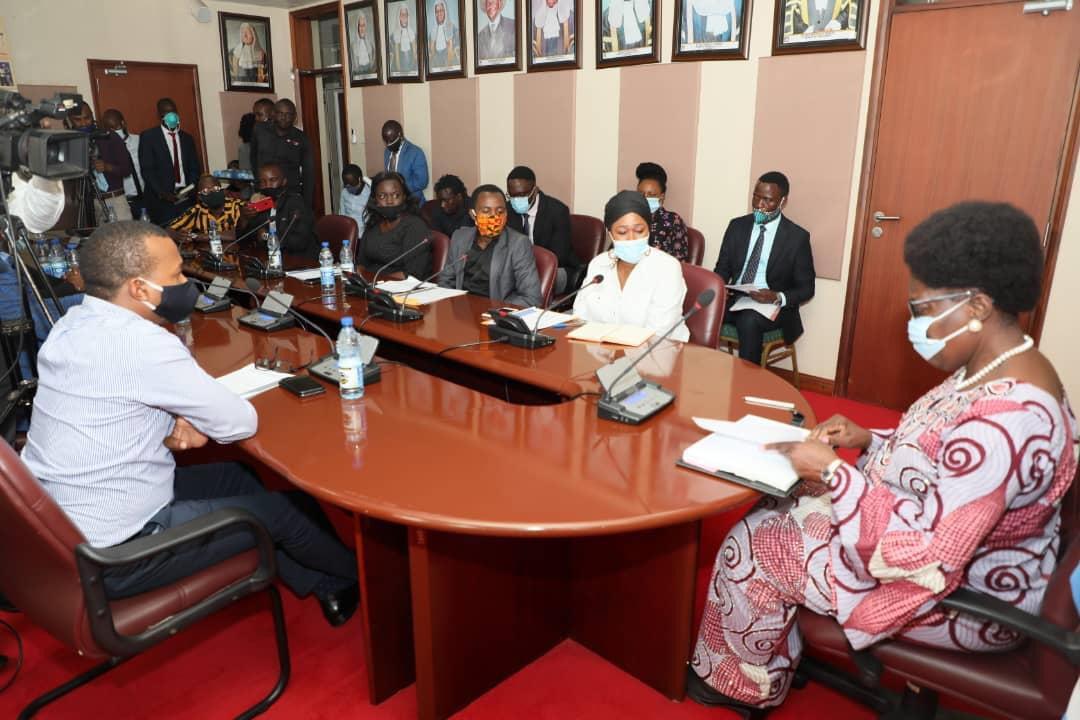 They said: “It would be myopic to ignore the chilling effect that the regulations would have on our struggling creative industry.”

In the July 27 letter, the Artistes under their National Union of Creative Performing Artistes and Allied Workers said that they are aggrieved with the recently enacted regulations by the Ministry of ICT and Sections of the Stage Plays and Public Entertainment Act.

“It is dangerous to grant Uganda Communications Commission (UCC) such sweeping powers to censor and control each and every form of creative arts, a move that is essentially amounts to thought policing,” reads the letter signed by Union General Secretary Anita Sseruwangi and National Coordinator Wisdom Gideon Kaye.

On May 28, with the stewardship of UCC, Parliament passed the Uganda Communications Film, Documentary and Commercial Still Photography regulations 2019,  the Stage Play and public entertainment rules 2019.

The regulations have since sparked public outrage as they represent an encroachment on the liberties and very foundations of art as an industry that thrives on freedom of thought and creativity.

The disgruntled artistes reasoned that it would be even more dangerous to allow UCC to breach the privacy of all its users and to monitor their activities without reasonable cause.

According to the Union brings together all creative and cultural stakeholders with the aim of protecting players in the arts industry who include stage players, dramatists, musicians, comedians, film makers, producers, authors, venue owners, DJs and VJs among others.

They have asked the Parliament to recall the impugned regulations and have them repealed to have infringing sections of the Stage Plays and Public Entertainment Act reviewed and repealed.

“…ensure that enactment of future regulations about the sector have provisions for stakeholder consultations. Harmonise the various ministries and government agencies that assume any role in the creative industry and form a one stop center for the arts industry,” they demanded.

“The regulations introduce a number of licenses to be obtained by artistes before they can be allowed to practice their profession and these include obtaining permits before one can perform, obtaining permission from UCC before one stage,” reads the complaint.