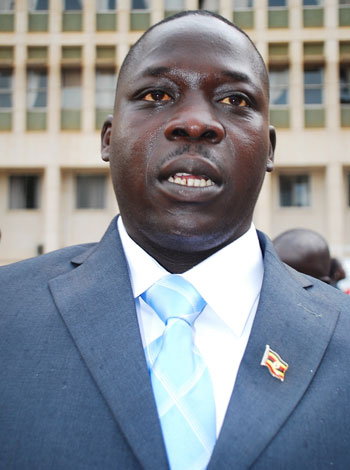 As the defections from the opposition Forum for Democratic Change party rage on, today the West Nile political muscle, Bernard Atiku has made it official that he will no more align with his party.

SEE ALSO: I am sure the dictatorship feels the heat, NUP President Bobi Wine

We have also learnt that Hon. Atiku just penned down his resignation as the Shadow Minister for Defence and Veteran affairs in the opposition cabinet. Without clearly stating why he is falling out with a party he has subscribed to since 2011, Atiku in his letter to the Leader of Opposition, Betty Aol Ochan narrates why he cannot risk losing out in the forthcoming Museveni cabinet as a full ‘Minister’. A source in his Arua based office told our reporter that Atiku seeks to be real this time round. “It doesn’t help him to be a shadow Minister. He wants to be a full cabinet member with a decent salary,” explains the source. “FDC has also lost grip of the West Nile. It’s high time we ride on something strong,” she added on condition of not being sourced.

It should be remembered that Hon. Bernard Atiku has been an on and off member of the opposition. He held the FDC party flag in the 2011 elections for the Arua seat and later parted ways with the party in 2016 when he did not get nominated. Out of vengeance, an enraged Atiku chose to campaign for NRM lifetime presidential candidate, Yoweri Museveni and ditched his ex party’s Kizza Besigye.

In 2017, he hit the limelight as an outspoken critic of the age limit bill that sought to extend the grip of Museveni’s stay. Atiku even ended up exchanging blows with the now late Rtd. Col. Ibrahim Abiriga during the heated age limit bill session. Atiku has not yet explained why he has dropped the opposition towel but reliable sources claim he is to bounce back in a Ministerial slot if Museveni retains presidency.