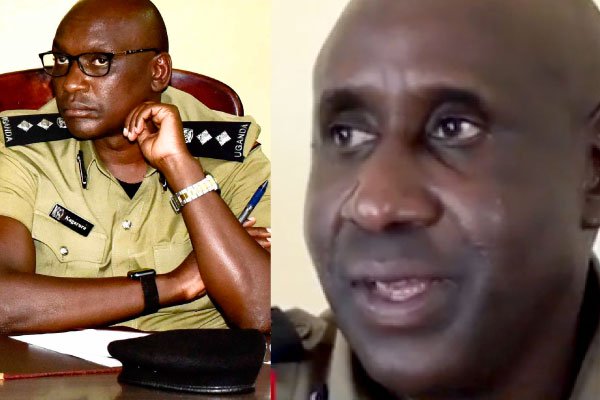 At least two of the identified six security officers who allegedly tortured the Mityana municipality legislator, Zaake Francis Butebi are appearing before the Mityana Magistrates court for trial.

SEE ALSO: Mp Zaake Pins Some Of His Tormentors

The Wamala Regional Police Commander, Bob Kagarura and the commander of the Special Investigations Unit, Elly Womaya are this morning appearing to face torture related charges pressed on them by their victim, Zaake.

The duo are said to have influenced and abetted the torture of MP Zaake who was arrested for allegedly flouting the presidental directive that barred distribution of food. Sources say Zaake was first clobbered by the Mityana DPC, Alex Mwiine Mpaka before he was handed over to Musa Walugembe of the SIU, Kireka facility. In a statement he released moments after his release, Zaake mentioned Hamdan Twesigye, a member of the SIU whom he says gave him days of agony while in Kireka. In his confession, he stresses that Hamdan was prejudiced on Zaake’s Ganda origin.

In his suit, Zaake also added head of CMI, Abel Kandiho to his charge sheet. Asked how Kandiho comes in, the legislator says he was routinely dumped at the CMI torture point in Mbuya on the orders of Abel who urged him to denounce Bobi Wine and politics of opposing Museveni’s government.

Zaake’s three counts are; disobedience of lawful orders when police declined to adhere to the Nakawa court order to have him freed unconditionally, unreasonable detention and torture which is depicted in the medical report that shows he faced a struggle at the time of detention. Although the legislator told the public he had been tied on ropes and suspended in the midst of the police patrol car seats, ASP Fred Enanga dismissed the allegations and gave his own version that Zaake tried to resist arrest. When sanctioned to explain the situation of Zaake, State minister of internal affairs, Obiga Kania alleged that Zaake beat himself up, something that left the public in total dismay.