I did not betray Bobi Wine-Kassiano Wadri 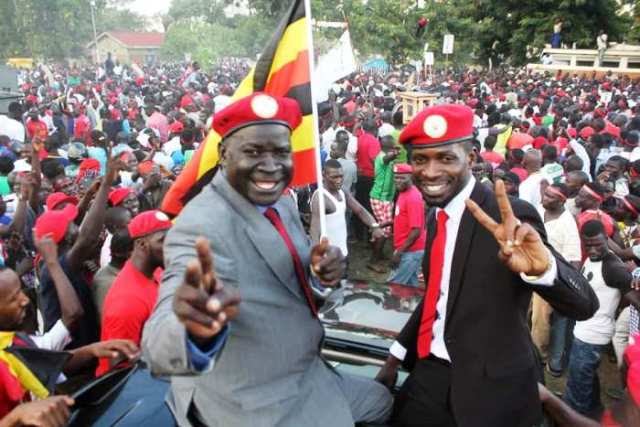 There have been lingering talks trolling and condemning the Arua municipality Member of Parliament, Kassiano Wadri over his decision to dissent with the newly formed National Unity Platform party (political vehicle of the People Power movement) in favour of Mugisha Muntu’s Alliance for National Transformation, ANT party.

SEE ALSO: People Power Movement has a Wide Nucleus to Cruise Through and Win 2021 Elections

Wadri has been under fire for failing to formally relate with a comrade, Bobi Wine whose life had been at stake during the 2018 Arua byelection. Reacting to the public scrutiny, Wadri says he is cognizant of what people think but reminds them of how he pioneered the formation of the ANT and therefore had to be part of it by default.

“There have been a lot of talk going on that Wadri has betrayed Kyagulanyi because Kyagulanyi came here, campaigned for him, even his driver (Yasin Kawuma) was killed,” Wadri told swipes of journalist convened at his residence in Arua. “I want to tell you this, I have not abandoned Kyagulanyi, you can see even with my members here, and my mask; I am still a member of the People Power pressure group, I am its coordinator in West Nile,” he added as he demonstrably revealed symbols synonymous with the People Power movement.

Kassiano Wadri in an interview with NBS last year said he pioneered the formation of the ANT party. Right from his school days with Gen. Muntu at Makerere, Wadri developed a good working relationship with him, a thing that analysts anticipate to have influenced his decision to contest on the ANT ticket in the coming polls. It should be recalled that the People Power principal, Robert Kyagulanyi Ssentamu nearly lost his life at the climax of the Arua byelection. A shot fired by soldiers of the Special Forces Command killed Bobi’s driver, Yasin Kawuuma at the time of the raid on Hotel Pacific. Mityana’s Zaake and several other people sustained lifetime injuries during the deadly scuffle.