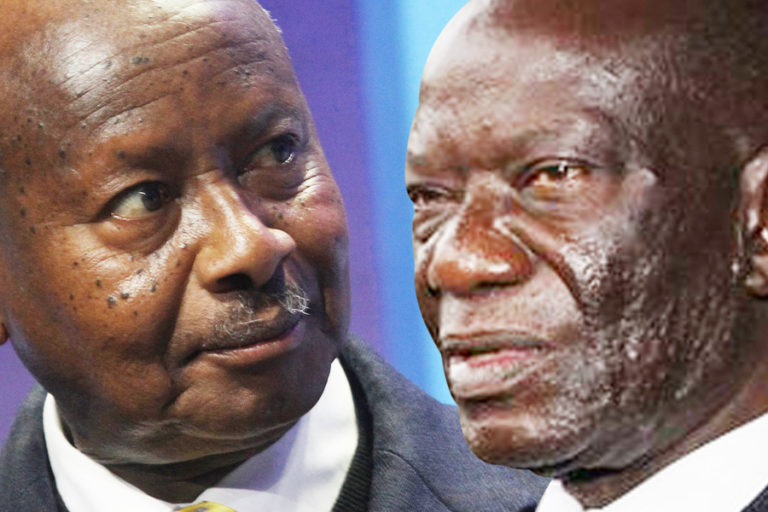 As the common political saying goes, ‘battling a Museveni minister is like locking horns with the state itself’ the Masaka political arena is already getting hot with the long time MP doubling as Vice President, Edward Kiwanuka Ssekandi starting up his usual business of intimidation.

Reports say on Wednesday, the ceremonial VP influenced a court ruling that saw his would be challenger, Eng. Richard Ssebamala remanded to Luzira prison on trumped charges of ‘fraud’.

Eng. Ssebamala was on Wednesday remanded by the Nakawa Grade one court magistrate, Posiono Odwori who read the said fraud charges pressed on him. It is alleged that Eng. Ssebamala obtained huge sums of money worth UGX 150 million from a city businessman. Despite not pleading guilty to the charges, His worship, Odwori remanded him and denied granting him bail. “There is a prima facie in this case. UGX 150m is too much money to see him easily add bail,” said the lawyer to the complainant who declined to be mentioned.

However, Ssebamala’s lawyers have contested the remand saying the magistrate has been biased on their client. “Everything looked to have been pre-determined. Our client was remanded despite not pleading guilty to the charges,” the lawyer told the media. “I am forced to believe that this is politics at play. Politicall rivaling Ssekandi is not a slight matter,” he added.

Sources in Masaka say prior to his arrest, Ssebamala has been a huge threat to incumbent Ssekandi giving him sleepless nights. “Ssebamala has been dishing out money to his supporters. The previous meeting saw every attendant leave with about shs 50k,” reveals his agent. “Ssekandi feared the boy could outsmart him with his money,” he adds.

Local media reports in Masaka however give a different version surrounding Ssebamala’s arrest as they stress he had been summoned by police two days back before his arrest. They deny any possibility that the ageing Masaka political pillar has a hand in detaining an opponent more so at such a time when politics is the debate everywhere.