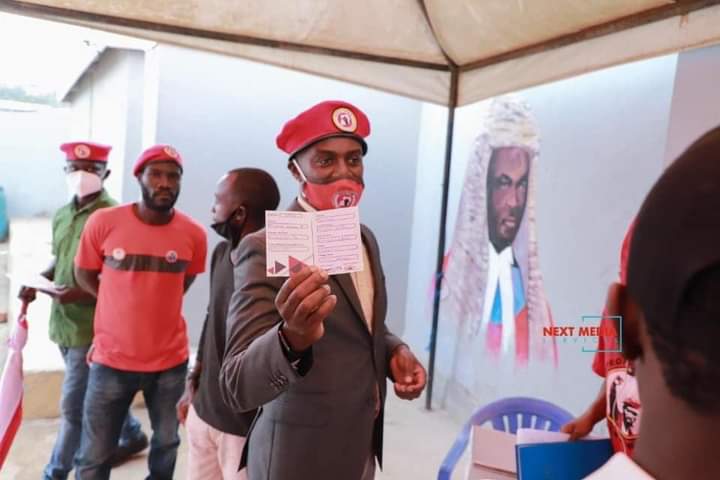 Renowned veteran journalist, Andrew Mujuni Mwenda famed for his controversial pro-regime articles has just confirmed in a tweet that he has become a NUP member by registration.

In the tweet, Mwenda explains how he encountered the otherwise of what he had expected at the NUP/PP headquarters. In his earlier imaginations, the motormouthed Mwenda had termed NUP/PP as intolerant but to his dismay, he was warmly welcomed and granted a honoury moment.

“NUP after all are not as radical as I previously thot! I visited their head office, registered as a member, then picked forms to become a presidential candidate. I found @HEBobiWine, like @KagutaMuseveni was being treated as sole presidential candidate for the party,” Mwenda said in a tweet.

Mwenda has been a ardent critic of Bobi Wine and the People Power movement. Much as his arrival to NUP/PP is a scientific experiment as seen in his brief narrative, it in some way blows life into the movement as it depicts Bobi as a tolerant and diplomatic generational leader who doesn’t harbour hatred for the dissent.