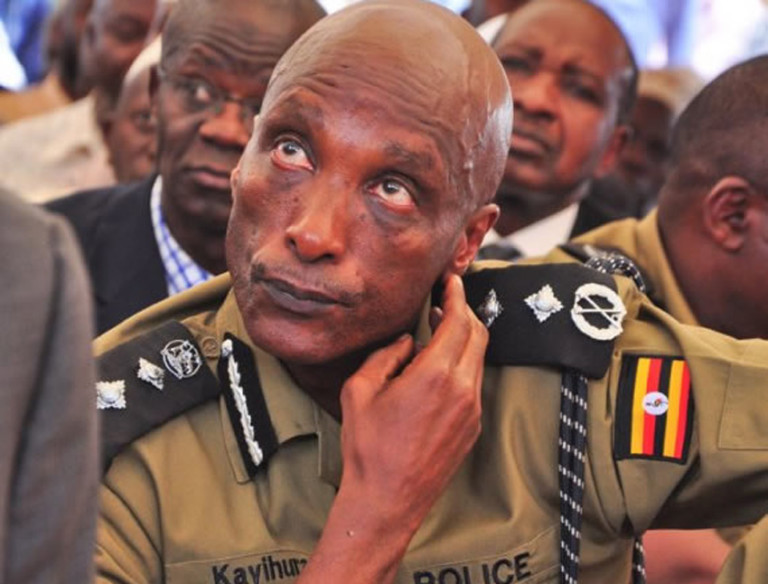 The ex Inspector General of Police, Edward Kale Kayihura is to bury his deceased mother on approval by the army court martial. This was disclosed by the Court Martial registrar, Maj John Bizimana who said the army court can only grant permission to the former Inspector General of Police, Gen Edward Kale Kayihura to attend his mother’s burial of he requests in writing. This is a replica of the events that surfaced when the Omusinga, Charles Wesley Mumbere was nearly stopped from burying his mother last year.

He however, Maj Bizimana stressed that they had not received any request from Gen Kayihura or his legal team by Thursday but they were hopeful that it would be formally lodged in any time. “The ruling was very clear. Not outside Kampala or Wakiso without permission from the authority. The permission can be sought and he will be allowed to go. He can approach the CDF or chairman General court-martial,” Maj Bizimana explained to the media. “His court case is still pending. He can only fully move when the case is resolved but for now he has to bear with the conditions,” he added.

The ex IGP’s mother, Catherine Tibemanya Mukarwamo, 92, died in the wee hours of Thursday morning in Mukuubo Parish, Fort Portal city. Her burial date and site has not yet been communicated but some family sources say they are yet to unanimously agree on whether she is to be laid to rest in Fort Portal or Kisoro.

Gen. Kayihura is facing a spate of counts mainly to do with the abetting of human trafficking, illegal repatriation and detention of Rwandese migrants in his term as IGP. The four star UPDF general is said to have aided the arbitrary arrests on Rwandan asylum seekers who would be repatriated back to Kigali for trial and at times murder.

The embattled general’s troubles are traceable in March 2018 when he was forced out of his position pending investigations. He was then arrested at his Lyantonde farm by the UPDF as he tried to sneak out of the country to evade being martialed by the military. Sources say, Kayihura wanted to flee to Kigali to get immunity from Kagame. His eventual arrest would later lead him to Makindye military barracks where he was kept for over 75 days before he obtained bail. He has since maintained a low profile and has done his all to keep out of the media limelight.