“I want democracy to prevail in NUP,” Mwenda on why he’s rivalling Bobi 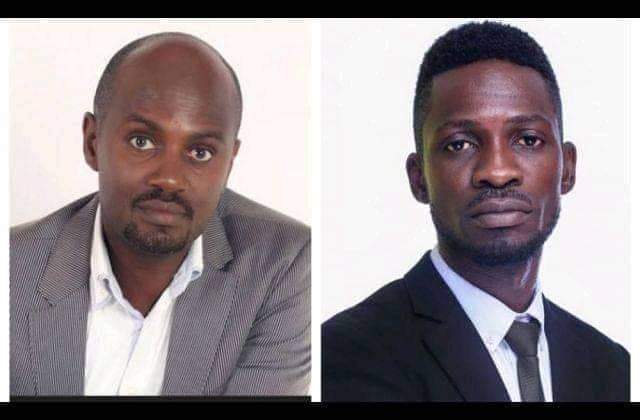 Self spoken controversial veteran journalist, Andrew Mujuni Mwenda has opened up on his decision to mockingly join Bobi Wine’s National Unity Platform party. In an insightful letter published Friday noon, Mwenda gives credit to the new party for disapproving his earlier conviction that it was a ‘den of intolerance’. He goes ahead to contravene the resolve to have Bobi Wine as the party sole candidate yet he could potentially take him on to have the party leadership. He bases his decision to join NUP squarely on the need to boost internal competition and democracy from within the party structures. In his publication, Mwenda writes;

So today I went to the head office of NUP expecting to be lynched! I was prepared to die at the hands of what I thought was largely a collection of intolerant radical extremists. To my surprise, and except for a few noisy radicals, the young people I met there received me well and with overt excitement.

I went to NUP to register as a member, pick forms to be nominated as candidate for both party leadership and party presidential candidate! I will be running against Bobi Wine for both positions. Some radicals tried the threaten me but some young ladies held their ground and told them off that I am a citizen of uganda and welcome to join NUP. I was impressed.

So now I formally declare my intention to seek both the presidency of NUP and to be the party presidential candidate in the next elections. I will bring civility, strategy, policy awareness, political depth, military and security knowledge and connections, regional and international experience, a large network of contacts across the country, region and globe, and the best fundraising skills the opposition in uganda desperately need.

First we need to make NUP democratic! The party has anointed a president, Bobi Wine – the very sin it claims to be fighting in NRM. There should be a delegates conference to elect a party leader and I will contest. Second, I noticed that many assume Bobi Wine is the sole presidential candidate by anointment. That also must be rejected.

So I am calling for a debate between me and Bobi Wine on the future of NUP and the strategy to defeat Museveni! I call upon all party members to rally behind this call for internal democracy in NUP. As the noble Mugisha Muntu never tires of telling us, you cannot give what you do not have. NUP cannot give democracy to uganda it it cannot practice it internally!