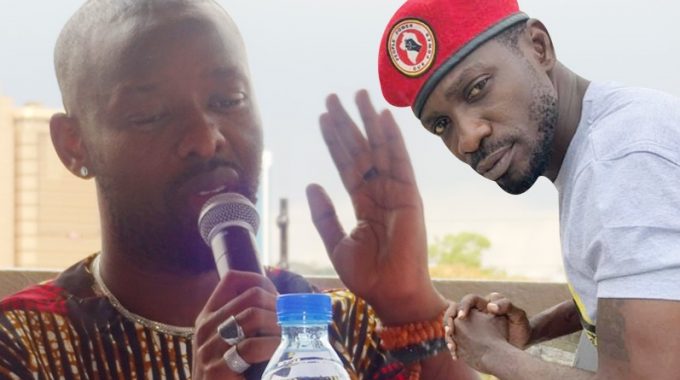 SEE ALSO: “We Won’t Vote for You Because it will Cause Division Among Musicians”—Fans Hit Back at Eddy Kenzo

In the audio, Kenzo sounds frustrated and holds high disregard for the person of Bobi Wine whom he accuses of overshadowing fellow artistes by allegedly dominating them in the political arena. According to Kenzo, Bobi does not see other big artistes at his level. He claims that despite Chameleone’s broad day allegiance to Bobi Wine and the People Power movement, nothing has ever been rewarded in the name of an endorsement but rather a far different candidate is to get the backing of the NUP/PP. “With what his fellow artiste, Chameleone has done, I don’t think he deserves to be ditched in favour of another candidate,” Kenzo bitterly says. “Bobi has never said a word about Chameleone’s political journey. That’s the same thing he did to me. Are we stupid?,” Kenzo bitterly fumes in the audio.

He also pelts the entire blame on Bobi in line with the endless cyber bullying he has faced overtime. Kenzo claims, a meeting was hatched and attendants surreptitiously resolved to deploy cyber bullies to frustrate and demonize him. “A meeting was held to fight me. I had my people inside. They told me everything that ensued,” Kenzo explains in the audio. “I told him about that meeting but he never answered. Why is he like that? Are we stupid?,” Kenzo further questions in the audio.

“Please talk to Bobi. He wants us to campaign for him and we end our careers. The government will sabotage and fight us while Bobi is home enjoying,” he adds. “If he wants us to work as a team, let him work with us,” he adds. Kenzo also lashes out at Bobi for neglecting him while he was stranded in Ivory Coast. “He never sent me a penny while I was stuck. He has never composed any song to celebrate me. Why should I devote to him?,” Kenzo persists. “He doesn’t see value in me. I’m also Eddy Kenzo. I have my following. Why doesn’t he recognise that?,” he insists. On Bobi-Benbd ‘beef’, Kenzo says it is their private affair and that it stems from politics. “Bebe Cool has a political attachment by family. It is inborn, I cannot relate myself to him in that respect,” he says.

The full audio will be availed on the podcast;