Shock as Court martial spits notorious Kitatta ahead of 2021 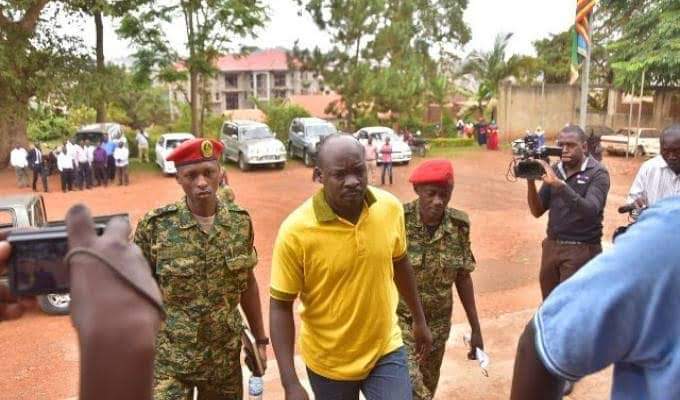 Today was the appeal hearing date for the embattled ex militia wing leader, Hajj Abdullah Kitatta of the faded Boda Boda 2010 group. A prisons service statement issued by Frank Baine confirmed that the regime lead butcher was out by Friday 16:30hrs.

In his appeal, Kitatta’s lawyers wanted his 8 year sentence revoked and shortened. The court martial adhered to the plea on grounds that Kitatta was a first time offender and that he was just an ordinary citizen and hence could not be charged as a military personnel. The court events ended with the plea granted and Kitatta’s sentence lightened to three years in subtraction of the time he had already served in Luzira prison. However, by Friday evening, reliable sources disclosed that Kitatta had been released at exactly 16:30 hrs and that he was already discharged by the Uganda prisons service.

“Former Boda Boda 10 leader Abdullah Kitatta & his body guard have been released this evening at 4.30pm from Luzira Prison upon completion of their jail sentences,” Prisons Spokesperson Frank Baine confirmed in a briefing.

The surprising timing of Kitatta’s release is questionable given his past history of violence and the fact that he played a key role in mobilising hooligans to torment political opponents of the Museveni regime. He has been freed at a time when Museveni’s government is struggling to tame Bobi Wine’s revolutionary youthful party dubbed National Unity Platform which overtook the political activities of the People Power movement. Inside sources say Kitatta agreed to have his statement relaxed on condition that he would revive his past notoriety and help Museveni tame Bobi Wine supporters who are becoming a threat to his grip on power.