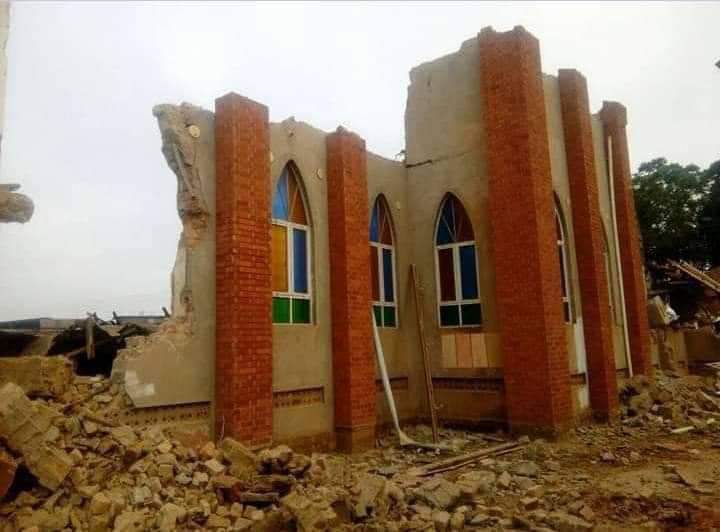 Opposition strongmen; Robert Kyagulanyi Ssentamu alias Bobi Wine of the National Unity Platform (People Power) and Rtd. Col. Dr. Kizza Besigye of The People’s Government (FDC) have condemned the coordinated regime attack on the religious institution as manifested in the Sunday raid on the Ndeeba Church in Rubaga division.

Communicating through their official media platforms, the two leaders harshly lashed out at the regime for orchestrating raids on the house of the almighty God. In a statement, Bobi Wine writes;

The Bible says in Proverbs 29:2 that “When the righteous are in authority, the people rejoice: but when the wicked rule, the people mourn.”

Sadly, our country is being ruled by an evil and insensitive lot of people. They are insensitive and callous. They have allowed mafia gangs to wreck havoc everywhere, and now they have reached the House of God. We have consistently told the nation that as long as there is this breakdown of the rule of law, everyone will suffer. They have refused people to converge for prayers and now this is what is happening.

Countrymen and women, we must all come together and embark on the job of rebuilding our nation.

On behalf of the National Unity Platform, I stand in solidarity with the body of Christ in Uganda following this desecration of unimaginable proportions.

One day, which I believe will be soon, we shall be able to sing the song in Psalm 126:1 “When the Lord returned the captives of Zion, we were like those who dreamed. Then our mouths were filled with laughter, our tongues with shouts of joy. Then it was said among the nations, “The Lord has done great things for them.”

First it was a long established St. Peter’s Primary School that was demolished in March this year; now, the iconic 50-year old St.Peter’s Church has followed.

The intervention of Lord Mayor Elias Lukwago since March hasn’t been able to save the situation.

The Church went down under the heavy guard of the Uganda Police Force and other Security personnel during curfew hours, when people were confined to their homes.

There’s an incorruptible Judge above all our judges and powerful leaders. The case of this vandalism will certainly be heard and justice dispensed.

Meantime, ARTICLE 3 of Uganda’s Constitution imposes a duty on all Ugandans to do everything in our power to end abuse of power and impunity in Uganda.
NO, NEDDA; ENOUGH IS ENOUGH