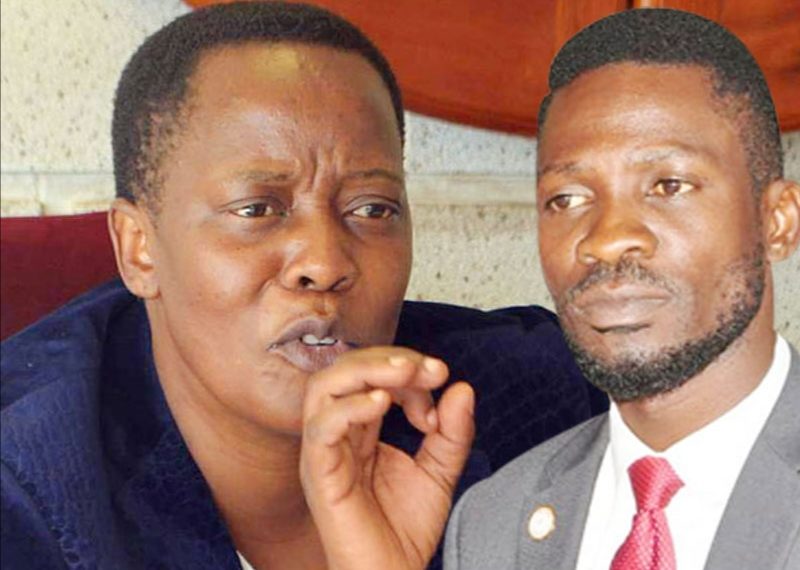 Mukono municipality legislator, Betty Nambooze Bakireke is to be unveiled as a full member of the National Unity Platform party this week according to reports. Nambooze will be joined by seven other DP MPs according to the information we are receiving. Speaking exclusively to our reporter, a source in the Nambooze camp says the Mukono political honcho has been tasked by her electorate to embrace the Bobi Wine trail if she is to win the constituency support.

Bobi Wine is to harvest the entire DP Bloc MPs who disagree with the leadership of the party president, Nobert Mao whom they accuse to be a darling of the ruling NRM party. The frustrated DP MPs have opted to seek solace in Robert Kyagulanyi Ssentamu’s NUP which they say has a clear direction and from the way they perceive things, it will unseat the incumbent NRM regime.

The legislators are likely to be unveiled in today’s presser at the NUP/PP headquarters according to trusted sources. The fate of MPs: Allan Ssewanyana of Makindye West and Moses Kasibante of Rubaga North remains imbalanced but with time, they are likely to embrace the ‘Ssuubi group’ and join NUP in a bid to secure their political positions.