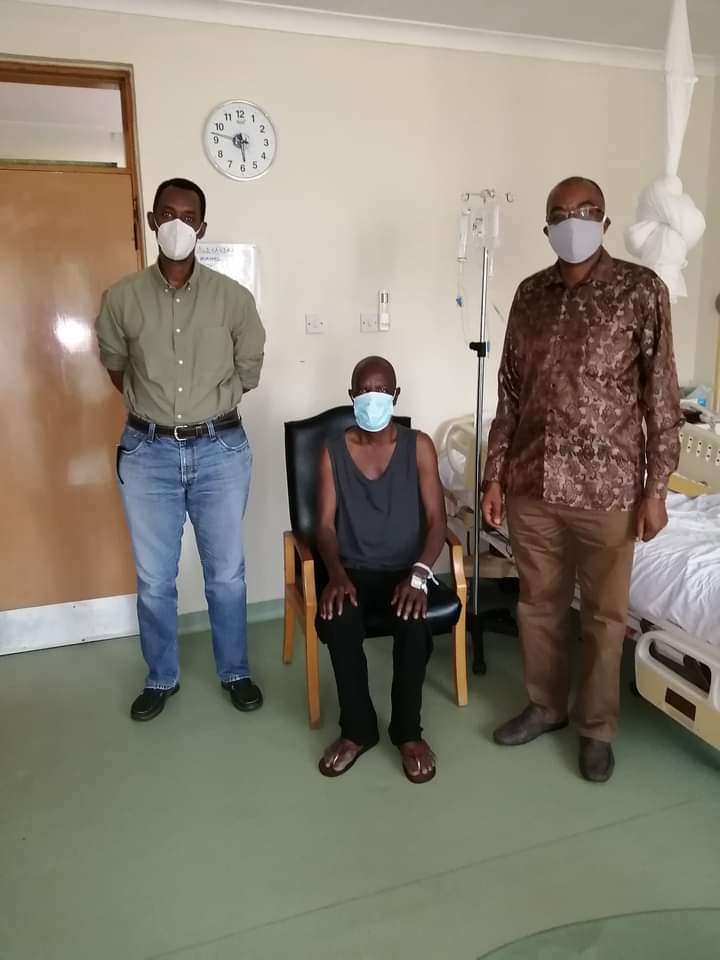 The NRM government spokesperson and Media Centre boss, Gabriel Ofwono Opondo has been hospitalised at Nakasero hospital, Kampala after reportedly feasting on a substance that many anticipate to be poison.

SEE ALSO: Tamale Mirundi speaks up about how he was Poisoned

Pictures of the regime praise singer resting on his sick bed dominated social media the entire weekend and left several dismayed and questioning how Ofwono was surprisingly sick all along. A close medical source knowledgeable with Ofwono’s illness reveals that the media centre boss survived poison. “He was brought here on Friday sobbing for his breath. He could not speak and stayed still by the time he was being stretchered to the ICU,” the source told this site. “Blood samples were withdrawn and tested in our laboratory and his situation is consistent with poisoning,” adds the source.

However, Opondo confirmed his illness in a tweet published on Sunday but disapproved poisoning as earlier communicated on social media. “With my relatives Pr. Hannington Opondo, his wife Jackie, and my daughters May and Alice at Nakasero hospital where I was admitted Friday with diabetes. My condition is stabilizing,” Opondo tweeted.

By the time of filing this report, sources at the hospital revealed that Ofwono is steadily regaining consciousness and could now ably speak to his visitors. Ofwono is not the first regime praise singer to be hospitalised for poisoning. It should be recalled that former senior presidential press secretary, Joseph Tamale Mirundi was earlier this year hospitalised with a similar condition.