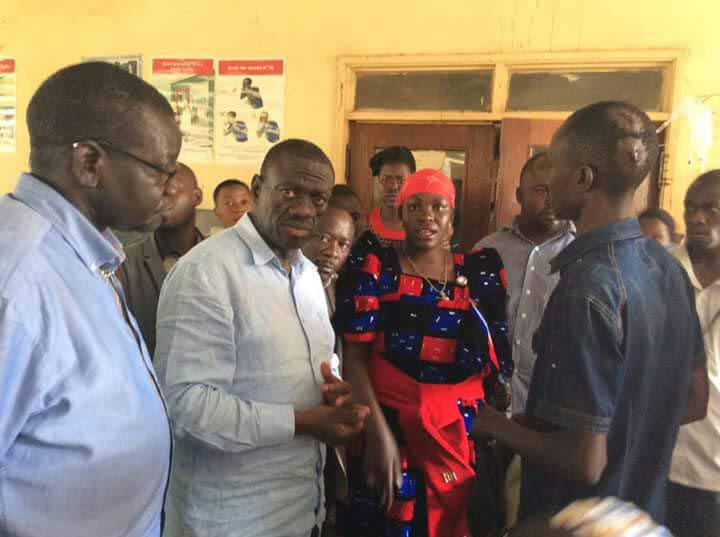 The Forum for Democratic Change party president, Patrick Amuriat Oboi has told off potential contenders for the FDC presidential flag to back off in case their perennial candidate, Rtd. Col. Dr. Kizza Besigye shows any hopes of vying for presidency.

Earlier reports had indicated that the city Lord Mayor, Erias Lukwago was to bid for presidency under the blue ticket upon official entry to Uganda’s leading opposition party. However, after assessing the current grounds which favour the youthful, NUP/PP president, Rober Kyagulanyi Ssentamu alias Bobi Wine, Erias Lukwago turned down the offer to vie for presidency and has since settled for Lord Mayor. A reliable source says that Lukwago feared he would end his political career in case he was to bid for the country’s top most seat. Though he had the backing of Dr. Besigye, Lukwago considered leaving the battleground to Bobi Wine.

Speaking at a rally in Gulu, Amuriat told FDC supporters that the flag bearer question would be resolved in September. He urged potential contenders to show interests and pick the forms. “All our aspirants for the presidential flag can go to the headquarters and fetch nomination forms before September,” Amuriat said without disclosing the actual date. In a twist of the tongue, he said that in case Dr. Besigye picks the forms, he will automatically be the party choice as usual. “If Dr. Kizza Besigye offers himself as a candidate then there will be no election, that’s the position of the party’s top executive,” Amuriat said.

There is a leadership crisis within the FDC following the persistent re-run decline by the four time presidential contender, Dr. Besigye who seems to be firm about his decision of not reappearing on the ballot. Despite several attempts by the FDC NEC to have their strongman back on the ballot, reports indicate Besigye is still undecided on making a political comeback for fear of being embarrassed by the new generational opposition face, Robert Kyagulanyi Ssentamu of the NUP/PP.