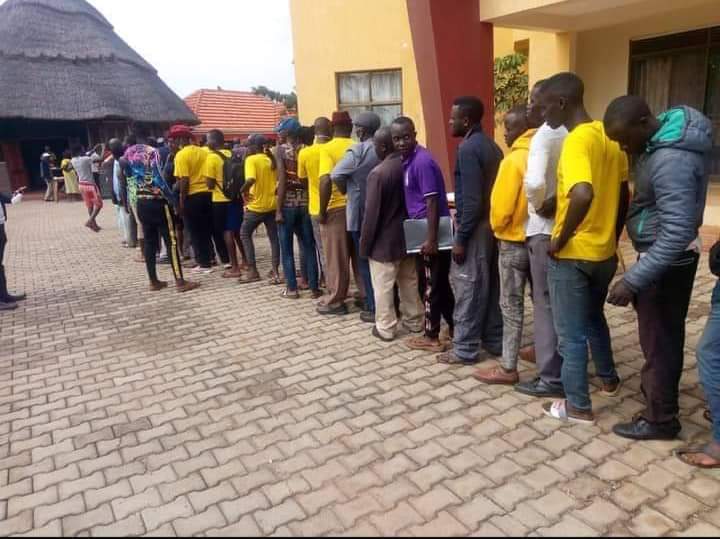 Emerging reports from Sheema indicate that former Uganda Revenue Authority boss, Dickson Kateshumbwa has this morning embarked on a cash dishing spree to win himself more voters as the battle for the NRM flag ripens. Kateshumbwa, was months back sacked from URA and has since bounced back as a politician aligned to the ruling NRM party. He is locking horns with veteran NRM bigwig, Erioda Tumwesigye. Sources say, Katesh may out rival financially deflated Tumwesigye, courtesy of the loot he grabbed from URA.

We’ve been tipped that Kateshumbwa’s agents have dangerously convened voters at a high end hotel in Sheema town where they are offering each shs 5,000 and urging them not to dare vote for the incumbent Minister, Dr. Erioda Tumwesigye. “Every person is being given shs 5,000 and a kilogram of sugar to take home,” one of the attendants told the local press. “But we are being told to support Kateshumbwa as the MP and Museveni as president,” he adds.

At the venue, people are not even wearing face masks or social distancing as guided by the Health Ministry. This is a vice that is now largely practiced by the NRM politicians unlike opposition leaders who are frequently suppressed and their gatherings brutally dispersed.

In the previous week, Kateshumbwa’s team did a door to door delivery of shs 1,000 knickers per voter, a move that faced public hostility as Ugandan feminists said it was demeaning the girl child. Katesh has since changed strategy to put things right by giving out cash at hand.