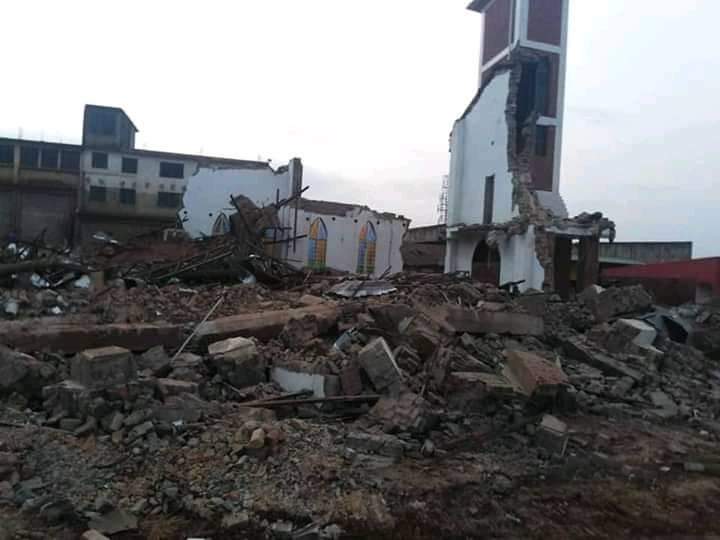 Police have netted three of their own following the demolition of St. Peter’s Church in Ndeeba, a Kampala suburb in Rubaga division.

The detained police officers are ; David Epedu (DPC Katwe), ASP Mugira Yeko Kato (OC station, Ndeeba police station) and ASP Isabirye Kaloli, the Field Force Unit Commander of Kampala Metropolitan South region. According to the statement issued by the Kampala Metropolitan police spokesperson, Patrick Onyango, the trio will be charged with neglect of duty and abetting the criminal demolition of the 40 year old Church. In the same statement, police says the entire demolition exercise was an illegality given that it was done in curfew time and more so that it occured in a period when government directed that no activity as such should ensue in this COVID-19 period.

“The police were not informed about the eviction and demolition as the practice is. The team found people demolishing the said church and arrested 11 suspects,” an expert from the police statement reads.

The demolition occured in the wee morning hours of Sunday and according to witnesses, police officers accorded maximum security to the team which destroyed the structure. Minister Betty Kamya says the involved intended to ‘taint’ the image of the NRM government.