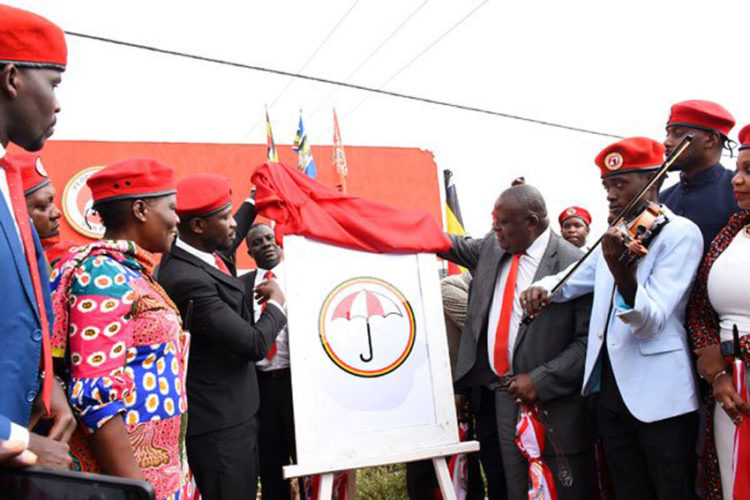 Former National Unity Platform party leader, Moses Nkonge Kibalama has said his life is in ‘danger’ since he transited the leadership of NUP to Robert Kyagulanyi Ssentamu alias Bobi Wine. Kibalama says he has since received death threats from anonymous persons castigating him for handing over the party to Museveni’s competitor, Bobi.

Kibalama even admits to have faced physical assaults last week while encamped on his Buwambo residence in Wakiso district. “On Thursday last week, a group of people crept into my home but because of my personal security, I managed to detect them and sneaked out and went to sleep in a hotel around town. This was not the first time because they have been calling me and threatening me,” Nkonge revealed to The Monitor on Monday.

Kibalama believes the Museveni regime simply wants to manipulate him into disapproving all the terms and agreements he had with the People Power principal, Robert Kyagulanyi Ssentamu. It is not the first time that the regime intimidated people close to Bobi Wine. In the Arua treason case orchestrated by the government, the late Pacific hotel proprietor Mzee Chandia admitted he had been forced to smuggle in ammunitions to his hotel so that Bobi could be implicated, something he declined to do due to his old age and strong Islamic beliefs.

On the issue of selling out the party as alleged in the media, Nkonge says all that is hogwash talk aimed at demonising his role in the struggle to free Uganda from bondage. “I challenge anyone with proof that Bobi Wine gave me money to buy the party. Does he (Bobi Wine) even have that money? And those people who petitioned EC are not members in this party because their names are not even in our registers,” Kibalama said.