Kenzo mistook me for Bobi Wine when he texted-Bobi Young 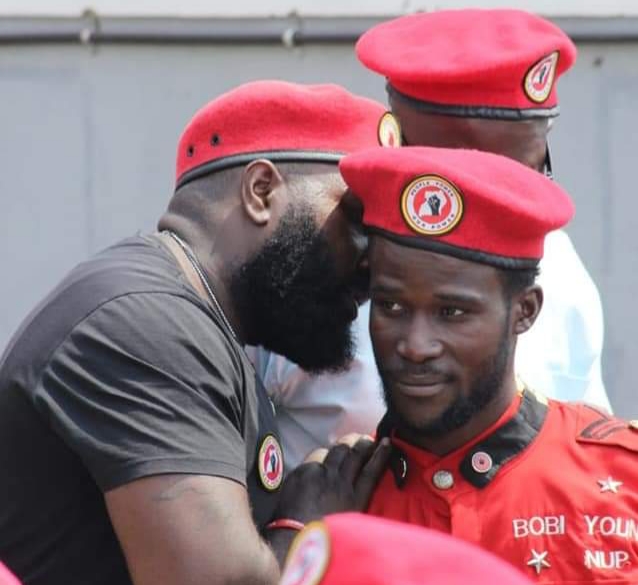 Renowned People Power activist, Bobi Young has admitted to have received Kenzo’s WhatsApp texts but reveals the B.E.T star could have mistook him for Bobi Wine.

SEE ALSO: Kenzo speaks out on leaked audio, says he holds no grudge on Bobi

Bobi Young has opened up on the impending Kenzo feud over unresponded WhatsApp chats where the B.E.T award winning artiste, Kenzo bitterly lambasted the People Power principal, Bobi Wine in a leaked audio clip making rounds on social media. Speaking to the media after the NUP presser today in Kamwokya, Bobi Young acknowledges that he had been receiving WhatsApp texts from Kenzo who could have saved his contact as the principal. “I received all those texts and voice mails from Kenzo but he addressed me as the principal and I got a bit confused,” Bobi Young told journalists. “I am not Bobi Wine. I am Bobi Young so I found it hard to respond to Kenzo in the capacity of the principal. It would have complicated matters so I preferred to maintain my mute,” Bobi Young adds.

The youthful activist however urges Kenzo to maintain his cool instead of rushing to hate on the principal. “You could have saved my number as the principal’s. You need to correct that before you start the bickering and ranting,” Young advised.

Reacting on the Kenzo matter, the NUP/PP spokesperson, Joel Ssenyonyi urged other strugglists not to just join the movement for the sake of impressing the principal but rather to be fully passionate to the cause. “Let’s not join the struggle because we want a selfie with Hon. Kyagulanyi or because we just want to talk to him on Phone. He tries taking the selfies with his fans and also tries responding to phone calls when he can. But when you fail to talk to him don’t get mad and leave the struggle,” said Senyonyi. “My message to Kenzo is let him calm down, we don’t join the struggle because we want to talk to Bobi Wine or because we want to send him a message and he responds, he sometimes tries but the calls are always overwhelming,” he added.