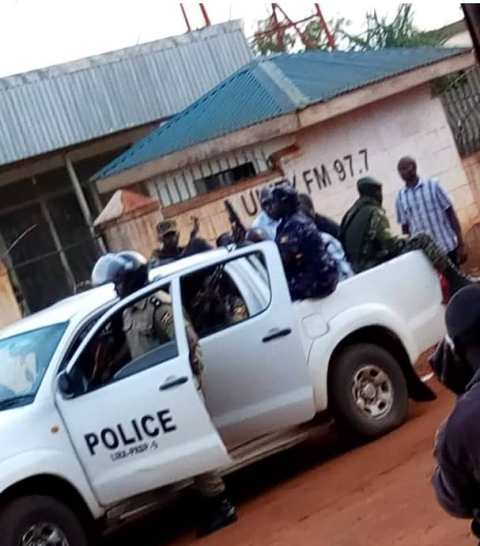 Kole Resident District Commissioner, Johanna Omara Olweny is under fire following the sudden death of a youth councillor identified as Opio Ronald who was months back clobbered on his orders.

It is alleged that four months back at the helm of the implementation of the presidential directives on COVID-19, the RDC Omara and his entourage combed through trading centres of Kole town when they encountered a team of youths lounging freely outside beyond 19:00hr which initially was curfew time. Opio, a PWD leader and his friends were battered by the RDC’s own guards who would later abandon him on the streets sobbing for breath. It is from then that Opio has been under Ontensive Care Unit for four months before his breathed his last on Monday morning.

According to local media, QFM Lira the RDC has since admitted to have masterminded the raid on the deceased though he stresses that he was lured to bitterly react following a Facebook post allegedly issued by him (Opio). “The RDC says he is sorry that Opio is dead but stressed that duo had posted his picture on social media channel Facebook with intent to blackmail him when he was in line of duty and as well were on the streets beyond 6pm, curfew time,” reports QFM Lira. RDC Omara joins his counterpart, Sakwa Eric of Jinja who was kicked out of office after the death of a one Charles Isanga who died at his hands in a similar assault unleashed by the former in Kole.

Opio becomes the thirteenth documented person to be murdered by security personnel guising as implementers of Museveni’s directives on covid. A recent BBC documentary headlined ‘Uganda-where security forces may be more deadly than Coronavirus’ exposed the heavy handed approach the regime imposed on the citizenry. Several families of the deceased remain uncertain whether they would ever attain justice for their relatives. What is consistent with the documented victims is the fact that they were murdered using gun fire.