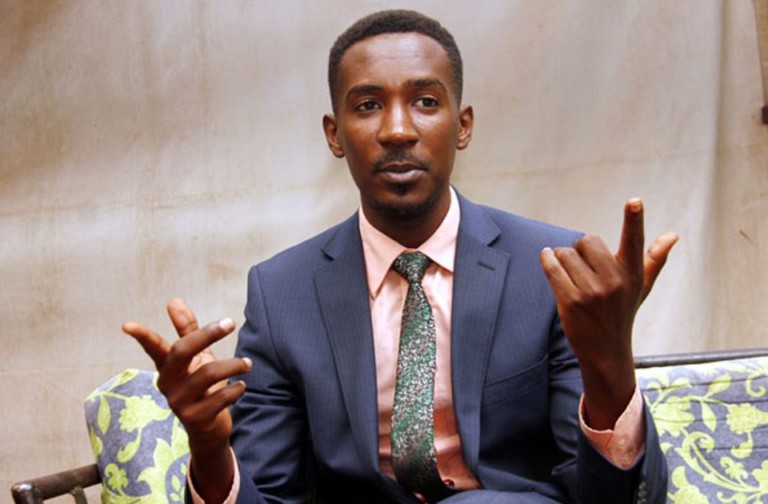 Speaking at a political talk show on Top Television yesterday, Ssewanyana said he will support Bobi Wine because he is of his own generation. Ssewanyana who serves in Besigye’s ‘People’s Government’ where he serves as Minister of Youths and Sports joined fellow legislator, Betty Nambooze in rallying behind the People Power principal, Robert Kyagulanyi Ssentamu. While acknowledging his allegiance to Bobi Wine, Ssewanyana intimated that, “I not only want Bobi Wine to become Uganda’s next president, I also have interest in him.” Ssewanyana furthermore added, “We are in the same age bracket, if he becomes president in 2021, it means we are going to rule Uganda for about 15 years and by the way, who knows that he can recommend me to take over after him?.”

Sources say the 34 year old MP Ssewanyana was nearly on the verge of paving space for People Power student activist, Musiri David who has become a ‘thorn’ in his shoe. It is said that Ssewanyana who had earlier defiantly declined to denounce his allegiance to Besigye was ready to shift his base to FUFA where he would bid for presidency and replace Magogo, who has darted off to legislate for Busoga in the tenth parliament. But however, in a twist of event, Ssewanyana is swallowing ‘a humble pie’ to adhere to the wails of his electorate who’ve been urging him to embrace a leader of his own generation, Bobi Wine. Ssewanyana has since embarked on harnessing his grounds with the NUP leadership. Earlier, a photo of him meeting the principal, Robert Kyagulanyi emerged on social media. MP Ssewanyana has since started campaigning with the NUP official umbrella symbol. He is also said to have turned down an offer to cross to FDC on the day City Lord Mayor, Erias Lukwago was unveiled. A trusted source says, at the eleventh hour of the Lukwago FDC unveiling day, Ssewanyana made a u-turn at the Kibuye roundabout and didn’t surface at Najjanankumbi as earlier expected.