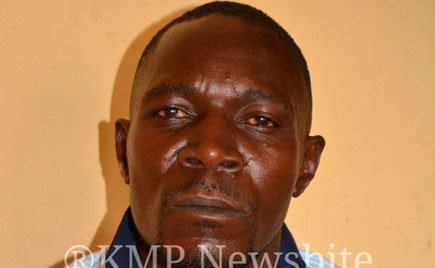 Notorious city gangster, Paddy Sserunjogi widely known as Sobi is back to the spotlight following a recent narrative of a one Odwori Alex, formerly a prisoner of the ISO run safe houses in Kalangala and Kyengera.

In a heartbreaking moment with The Observer, Alex narrated his ordeal and inhumane experience while in detention of the Internal Security Organization safe houses. Despite being a ‘free man’ at the moment, Alex still pursues justice for him and 20 other escapees with whom they have been in ISO custody since 2018.

In Odwori’s interview with The Observer paper, the former ISO inmate recounts the torturous moments he underwent while in Kyengera. “We were kept in a section known as Rambo. While here, one is suspended in air with support of all limbs which are tied on walls,” Odwori said. “We are chained and kept in cold water in the wee morning hours. Sometimes we are whipped while we are in this cold water and our skins usually peel off,” he added.

While the public has all along thought the notorious Kifeesi crew head, Sobi is in custody pending investigations into his notoriety, Odwori laughs off this and gives a different version. Odwori says Sobi is a free man now operating with ISO at a rank of captain. “We were shocked when Sobi welcomed us on arrival to this ISO facility in Kalangala. He had a pistol around his waist and raised an AK-47 gun before introducing himself as Captain Sobi. He told us that we have come to learn a lesson…” Odwori said. “Sobi told us we were here with consent of president Museveni and that we did not have to worry but adhere to the orders if we still wanted to stay alive,” he added.

It should be noted that at the peak of arbitrary arrests and abductions of People Power supporters, the Kyadondo East legislator, Robert Kyagulanyi Ssentamu alias Bobi Wine who sits on the parliamentary human rights panel urged the speaker to reign in and rescue the tortured inmates in ISO safe houses. Attempts by a parliamentary human rights crew to check on safe houses turned fruitless as ISO boss Kaka Bagyenda ordered the soldiers to block MPs from stepping on their premises. Security Minister, Gen. Elly Tumwiine backed Kaka when he remarked that even in a home, “some places are not accessible to kids.”