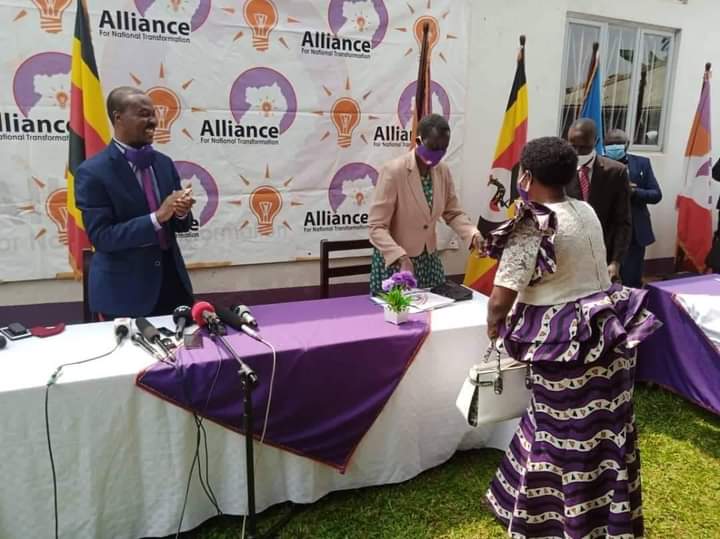 In a press conference held at the ANT party headquarters on Buganda road, Kampala, Winnie Kiiza announced her allegiance to Muntu amid chants and ululations from the gathering. The former Leader of Opposition intimates that whereas she was a passionate member of FDC, now was the time to depart to where her heart lies. In a press release issued on her social media platforms, Winnie explains why she is opting out of FDC, a party to which she has subscribed since its inception in 2005. She a month back announced that she would not be seeking a re-run as she sought to take leave from elective politics.

“I have served well and U have fought the good fight. I have done all I could have within my power to progress the party and our objectives. While our struggle to liberate our country remains the core objective, our methods are fundamentally different and it is important that we partner with those with whom we agree on core ideals and means,” reads part of her press release.

Winnie Kiiza has served as the Kasese woman MP since 2006. She leaves behind a legacy of being an exceptional person who has stood not only for her people but the country at large as manifested in her unrelenting fight against the 2017 age limit. In her short lived term as the Leader of Opposition, Winnie mobilized her fellow MPs to contest the idea of scrapping article 102(b) that sought to extend Museveni’s life presidency. Winnie even rejected the shs 29 million bribe that was issued to each legislator to consent to the bill. Regardless of all she did, the FDC party stripped her of her LOP rules due to her allegiance to Mugisha Muntu yet the Besigye sect preferred Amuriat for party presidency. She was since replaced by Betty Aol Ochan, the serving Gulu woman MP.