EU visit a great milestone to NUP and Bobi Wine 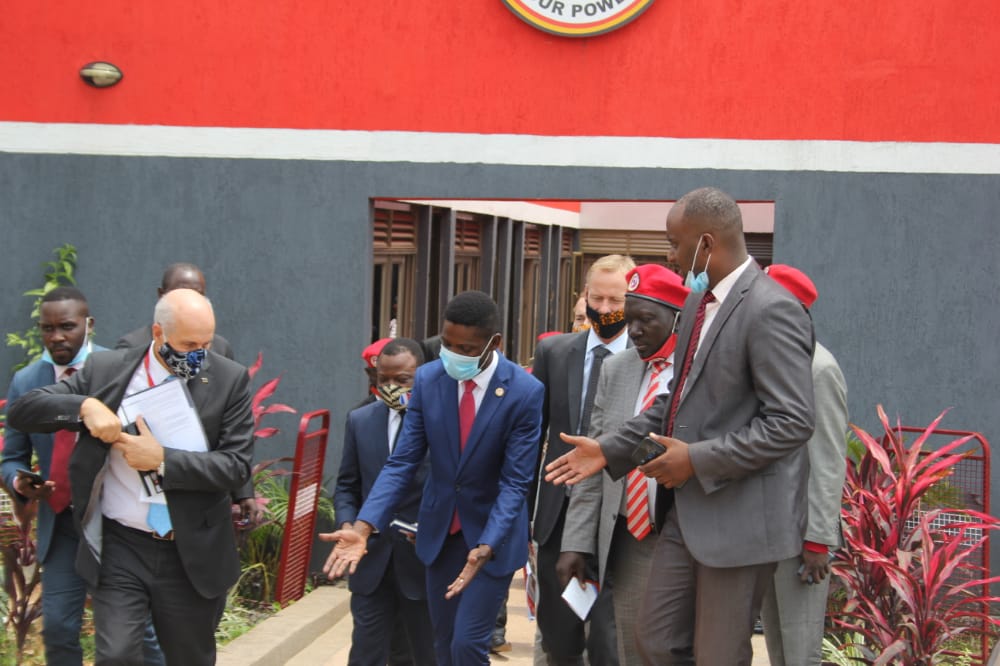 This morning, a delegation of ambassadors from member states of the European Union paid a courtesy visit to Uganda’s pillar of change, Robert Kyagulanyi Ssentamu largely known by his music stage name, Bobi Wine. For the first time no single FFU police officer was visible at the PP offices as case has been.

Reports on ground indicate that the visit lasted for over four hours as the delegation held talks with the NUP/PP presidential hopeful who seeks to end Museveni’s life presidency. Although the outcome of the engagements between the two sides are not yet official as neither of the sides has yet communicated on their social media or website, a source with knowledge of the development says the major discussions centred on the reinstatement of democracy and the rule of law in Uganda. “The E.U delegates talked mainly about democracy and rule of law in Uganda. Anything past that will be published on the principal’s page,” Mugerwa, a People Power supporter told our reporter.

The visit comes at a time when Uganda is on set for the encroaching 2021 general elections. The visit probably shows that the EU member states confide and believe in Bobi Wine as the sole ray of home for democracy in Uganda. In the recent past, the EU has routinely condemned and ridiculed the NRM regime for grossly violating human rights and being repressive towards the opposition in general. Just back in 2018 when Bobi was nearly killed by the regime, the EU issued a condemnation statement and dispatched a diplomatic delegation to check on Bobi who was back then detained at Makindye military facility. The EU has also been vocal on tasking the regime to back off Bobi Wine concerts. On elections, the voice of the EU has been consistent with US embassy observations which declare the polls not free and fair as projected by the regime. As we await the official communication from the NUP/PP secretariat, we must be expectant of positivity from today’s talks with the EU ambassadors.