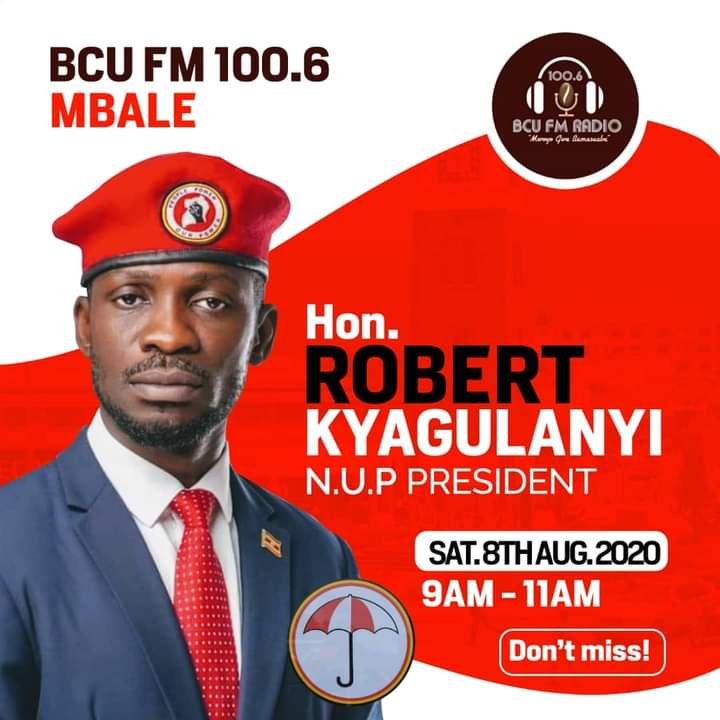 National Unity Platform (NUP) President Hon. Robert Ssentamu Kyagulanyi has dragged the Inspector General of Police (IGP) Martin Okoth Ochoa, and the Mbale senior police officers to the high Court in Mbale seeking compensation inform of damages for allegedly blocking him from having paid radio talk show on one of the local stations in Mbale City.

Kyagulanyi was expected to appear on BCU FM between 9:00 am to 12:00 pm together with Manjiya County MP John Baptist Nambeshe, Mbale district Forum for Democratic Change chairperson and Margret Wokuri, one of the aspirants for the Industrial City Division parliamentary seat. Despite paying Shs 1.2 million to the station, Kyagulanyi was blocked by police from appearing on B

In a petitioned before the Constitutional Court, Kyagulanyi wants a court order compelling the Inspector General of police Martin Okoth Ochola , the Mbale district RDC Hajji Barasa Suleiman Ogajjo and the DISO Lt. George Mwoda to individually pay him.

The singer turned politician also dragged the Mbale police RPC Wesely Nganizi, Mbale DPC Fred Ahimbisibwe and the Mbale CPS OC Kato Arafat whom he also wants to pay punitive damages for the high handedness they exhibited on Saturday , when they fired tear gas at him and his supporters .

He also seeks an injunction to permanently stop police from prohibiting him to speak on other radio /TV station in the county.