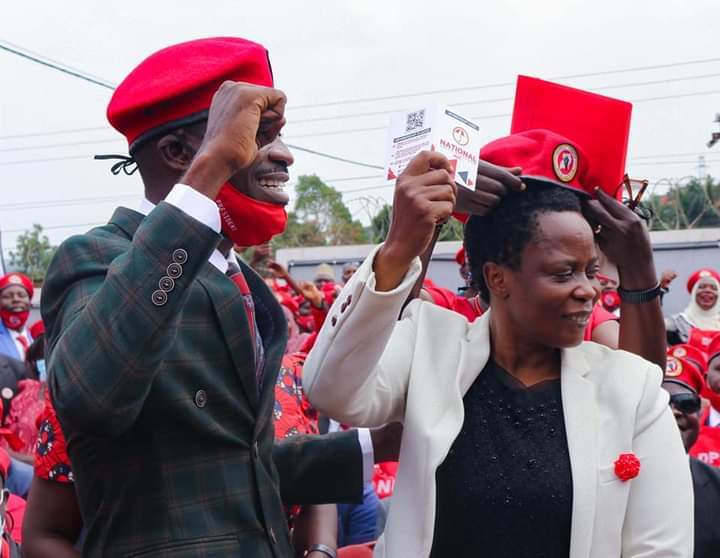 “What had began as a ‘spontaneous movement’ as the DP president, Nobert Mao described it in one of his TV commentaries at last has a clear direction. Receiving a foreign entourage of EU ambassadors and recruiting a phalanx of MPs in a space of 24 hours is history on its own,” writes Opio Daniel.

The NUP/PP principal, Robert Kyagulanyi Ssentamu is continuing to impressively ready himself for the encroaching polls with the way he is tightening the nuts of his political game. Just today, he received almost the entire DP mobilizers who are experienced ‘soldiers’ in the struggle for a free Uganda. Bobi unbelievably got impressed with today and pronounced it to be a special one more so that it marked the second anniversary of the Arua byelection violence that claimed lives of his own comrades. At one point Bobi said, “the revolution is watered by the blood of Patriots.” Indeed, this has reflected today as more colleagues joined the trail to unseat Uganda’s longest serving despot. Commenting on the recruitment, Bobi beautifully writes;

Today has been an incredible day!

We received over one hundred eminent leaders into the National Unity Platform.

Today also, we paid our respects to our fallen comrades, who paid the ultimate price for the freedom of this nation. May we all continue to pray that their souls rest in peace. May we never betray their memory.

We all have a duty to work even harder for the redemption of our motherland. Freedom is surely in sight.