I swear to God, I was not involved in the church demolition-Gen. Saleh 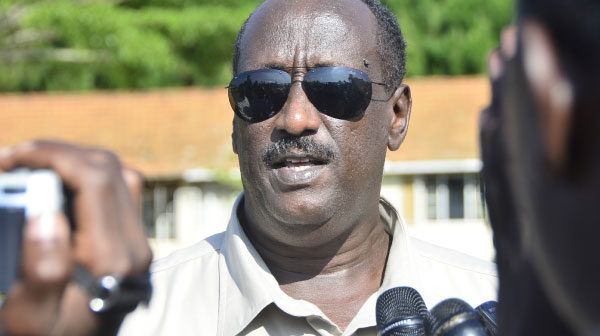 Addressing the House of Bishops from the Anglican faith yesterday, Saleh confirmed that he did not play any part in the demolition of St Peters Church Ndeeba in Rubaga division, Kampala.

Speaking to the House of Bishops led by Archbishop Stephen Kazimba at Kawanda Research Institute, Gen. Salim Saleh reaffirmed his position of innocence. The Bush war General told the men of God that he was saddened by ongoing allegations implicating his name in the destuction of the church. Saleh even swore before God as he laboured to explain his innocence.

“I swear before you in the name of God that I am not involved in the church demolition issues” Gen Salim said. After revealing his innocence, Saleh pledged shs 50 billion to the Church of Uganda Bishops.

It is still unclear whether the disbursement from Gen. Saleh is a bribery or consolation token to the Anglican Church though the wealth creation boss insists, the package is to boost the agricultural livelihood of the men of God.

St. Peter’s Church Ndeeba was demolished last Sunday on the orders of the Kampala Capital City Authority urban planning department. Several arrests have since been made following a public outrage on the matter.

By yesterday, police had confirmed recovery of some of the church items which were being illegally kept at Ndeeba Junior school which belongs to the said tycoon, Dodovik Mwanje. “Although the items have been recovered from the premises, no arrest was made,” the Kampala Metropolitan police spokesperson, Onyango said. “We have since handed over the items which include furniture, piano back to the church management,” he added.