Just in: Kole RDC remanded over murder of PWD leader 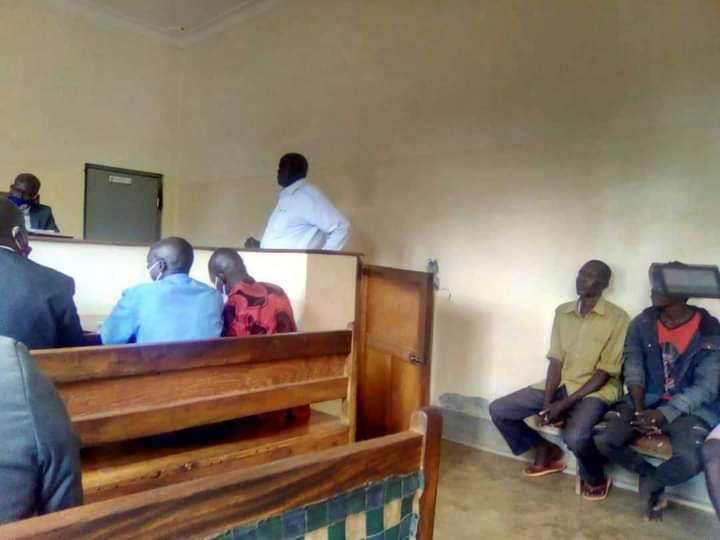 Reports we are receiving indicate that, Kole Resident District Commissioner ,Johanna Omara Olweny has been remanded to Lira government prison for 2 Weeks following the death of a PWD youth leader clobbered by his guards four months back. The deceased leader allegedly took to Facebook to dare the RDC to step in their territory at curfew time, something Olweny did without fail.

The magistrate remanded Olweny for a fortnight meaning he will reappear in court on August, 27. He is accused of causing body harm to Ronald Opio, a person with disability who later later passed on at a local hospital yesterday. The deceased Opio was reportedly beaten together with Jonal Okot and others by the RDC and his bodyguards 4 months ago as they high handedly implemented the presidential curfew directives. The RDC is accused of robbing the deceased and his friends during the incident, and he is currently facing aggravated robbery charges though sources add he may be charged with manslaughter since he reportedly abetted the maltreatment of the deceased.

SEE ALSO: Jinja RDC arrest reminds me of very many before him, some on the run, in jail or dead- Besigye

Omara Olweny becomes the second RDC to be reprimanded on murder charges after Jinja’s Eric Samuel Sakwa who remains on trial over a related case. Although the latter (Sakwa) was relieved of his official duties as per the presidential letter, Olweny remains the office occupant despite committing the crime four months back. This contravenes the public service manual that asks civil servants to step aside in case of a court trail till the matter is resolved.

Otema Joseph, celebrated the arrest and recounts the ordeal they’ve faced in the tenure of Olweny. He says;

“To the people of Kole this RDC is a disgrace, we have suffered in your hands with your LDUs little did we know you are touchable.You have tormented our people, locked them up, grabbed their hard earned Motorcycles in the names of Enforcing presidential directives. Sir how I wish you stay in prison Abit more longer so that if you survive that one you can pick some lessons!!!!!”

Another resident known as Okello Walter exclaims, “Is he the one standing in the dock with the funny stomach? He must face 15 years in prison cell without mercy and on top, he must compensate the deceased family worth 300 million to teach him a lesson he won’t forget in his life, laming marac.”