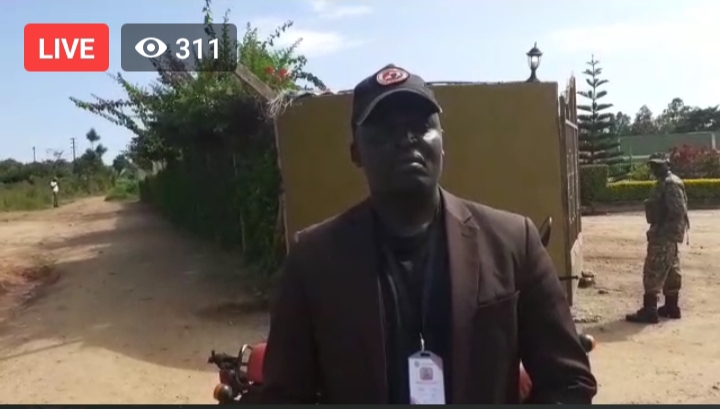 Emerging reports from Arua indicate that police with the military backing have seized the premises of the hotel grounds where the National Unity Platform leaders were to convene today to mark the second anniversary of the Arua byelection violence.

Our reporter says police are intimidating the hotel management and ordering NUP supporters to keep off or risk being arrested. “Police and military have surrounded the entire hotel. We are being ordered to leave. The behaviour of men in uniform is unbecoming,” says Ssema Isma, a reporter of Ekyooto deployed on ground. “No body including the media can access the hotel,” he adds.

Today is the second anniversary of the Arua byelection violence which claimed the life of Yasin Kawuuma, a former driver to Bobi Wine. There were several undocumented deaths at the time of the raid. It is said that the notorious troops of the presidential Special Forces Command ripped through Pacific hotel, Arua and arrested hordes of youths. Some reports add that several people were thrown out of the hotel via the window which eventually led to their deaths. The deceased would then be smuggled to the Arua army barracks for burial in mass graves. These atrocities to-date remain unreported in the press.

We shall update you as more events unfold. We are closely monitoring the situation.