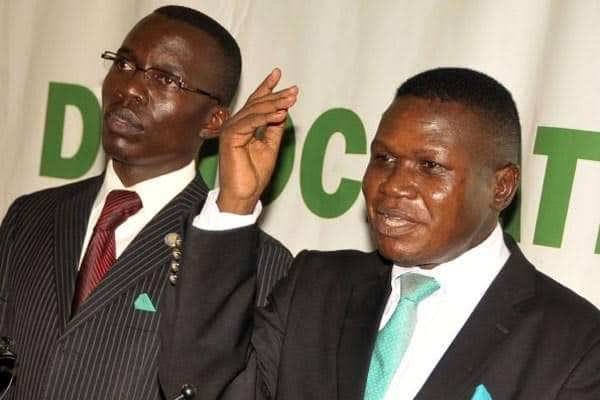 The Democratic Party president, Nobert Mao has rallied opposition political parties to concede and adopt to justice Byabakama’s scientific elections model ahead of 2021.

SEE ALSO: I am ready for an election as prescribed by the law-Bobi Wine

Addressing swipes of journalists at the party headquarters in city house, Kampala, Mao said the scientific elections are the only remedy to this covid contagion. “We should now be firm because the Electoral Commission is on point,” Mao said. “We should stop this tendency of defying the laws of the Electoral Commission. Let’s embrace the scientific elections and move on peacefully,” he added.

However, Mao’s remarks on scientific elections are far different from the position of opposition parties like the NUP and FDC. Earlier, the position of the Forum for Democratic Change as said out by the party spokesperson, Ibrahim Sseumujju Nganda was that the party was to stick to the traditional campaigns. Similarly, the party president of the National Unity Platform, Robert Kyagulanyi Ssentamu refuted Byabakama’s scientific polls and maintained he was readying himself for the constitutional elections.

Mao apparently faces a leadership challenge withing the party following the defection of 13 out of 15 DP Members of Parliament who have already sought solace in the National Unity Platform. Mao had mocked the then People Power  movement as a ‘school without a UNEB centre number’ but ironically, it is the very school adopting his brightest students. With the elections encroaching, for the very first time it will be a serious hustle for DP to raise at least 10 MPs.