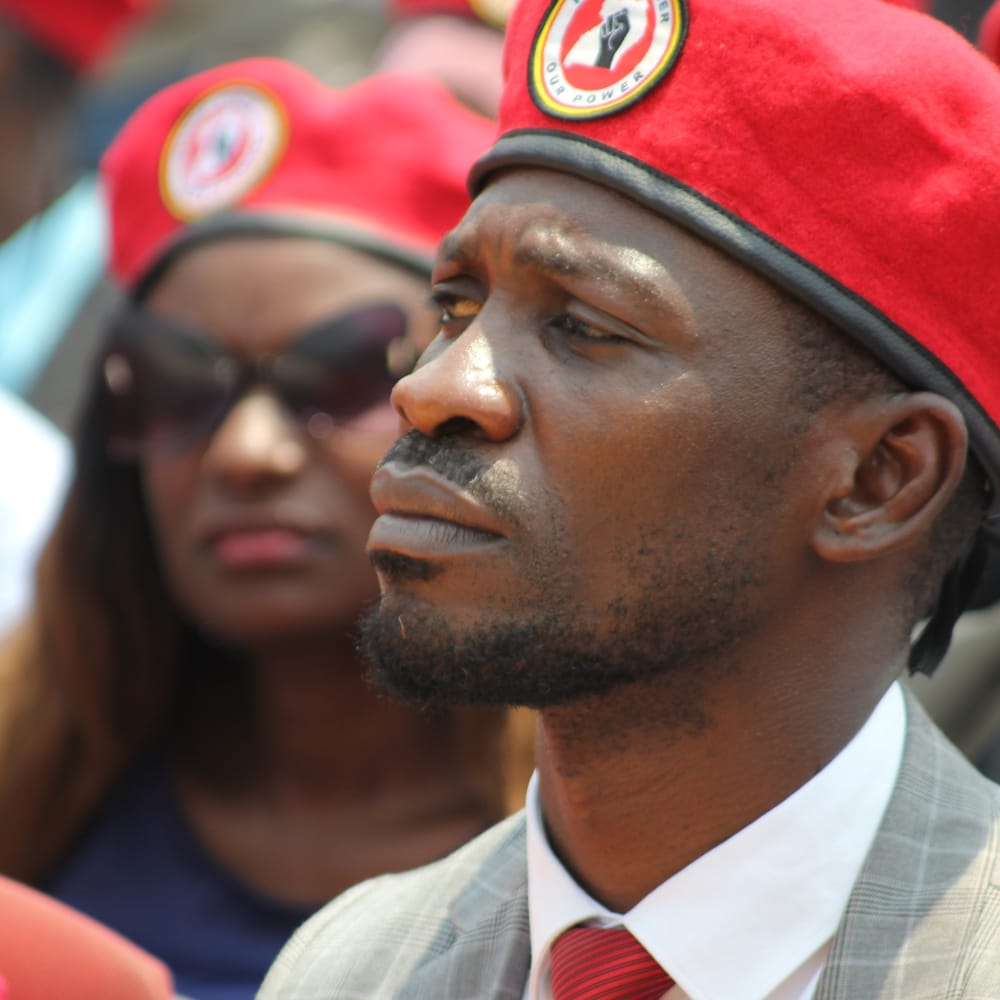 “Bob Marley once said that ‘One good thing about music is that when it hits you, you feel no pain’. Music and art have influenced the political arena world over and Uganda is no different,” writes PATRICIA SSEWUNGU

For the MUSIC & POLITICS entanglement in the pearl of Africa, some have gained and others been hit and the pain is so evident and bad to those involved.
In Uganda since way back in colonial and post-colonial time, music and art have been inseparable with politics .From the Vintage years of Fred Kanyike, Minsuseri Ssegamwenge, Peterson Mutebi the musical legends of the 50s and 60s through the Idi Amin years of Jimmy Katumba and Robert Sserumaga to the Yoweri Museveni years of Kato Lubwaama, Ashraf Ssemwogerere and Abbey Mukiibi among others on stage, music and Art have greatly influenced the political terrain of this great nation.

First forward, 2020 Musicians have since metamorphosed from just political cheer leaders to political actors themselves. There is a growing wave of musicians, theatricals and many in the entertainment industry who have picked interest in joining active politics of the day.

In 2017, a one Robert Kyagulanyi aka Bobi Wine whose sting and music lines always hit the ruling Government, swept the country by storm when he offered himself for Member of Parliament for Kyadondo East in a By-election which he won with a landslide victory against all odds. Since then the script had been written for his future political standing in this country. The “Obululu tebutwawula” hit maker, a song that calls for togetherness in any election had for long produced songs that advocated for political and social justice and castigating the injustices that were being perpetuated by government. For example in his song “Tugambire ku Jennifer” which was in effect pointing out the cries of city dwellers because of the high-handed methods of the then KCCA executive director Jennifer Musisi. Bobi Wine, now Hon. Kyagulanyi had entered the hearts of many who saw him as one of their own. It was of no suprise that he massively won this election, convincingly defeating both the ruling NRM and strong opposition in FDC. This opened the flood gates for many in the music industry to get involved in active electoral politics. Worldwide musicians have a strong voice and can easily influence society. They have throughout history been very instrumental in freedom movements most notably on the African continent in South Africa during the Apartheid years music played a key role as musicians like Lucky Dube, Yvonne ChakaChaka, Brenda Fassie, Hugh Masekela, Miriam Makeba and many many others played a vital role in fighting for freedom and equality through their music.

It’s with this catch sight therefore that their direct involvement into the politics of any country cannot sit well with sitting governments because of the mass following these musicians enjoy.
In Uganda the impact of music in politics can clearly be felt during political campaigns as many politicians use musicians to pass their message to the electorate. In 2016, Yoweri Museveni went far and wide for votes with “Tubonga nawe” a praise connect of sorts that featured many of the country’s top artistes bar one major name the earlier mentioned Bobi Wine whose reward for not being involved was the future success story that awaited him politically. On the other hand still in 2016 songs like “Towa bus yako” literally meaning (get your NRM bus out of the way) by Adam Mulwana was used by the FDC and Dr. Kiiza Besigye in their campaigns as music continued to show its hand in the politics.
In cognizance of the impact musicians can have on the political stage, government has for long been flirting with the idea of introducing laws in the name or regulating the industry but in effect to curtail the powers that these artists wield. Indeed Plato once noted that “any musical innovation that endangers the state must be prohibited because when modes of music change, the fundamental laws of the state change with them”. The Ugandan Government seems to be reading straight from Plato’s book.The state has now picked direct interest in the music industry and there are several underhand methods that have been applied to destabilise the music & art sector. Some musicians have been co-opted by the state in order to counter those that have divergent views that seem to be against the powers that be. Artists like Bebe Cool, Catherine Kusasira, Judith Babirye among others have been used as tools by government to counter the voices of decent from the rest. Opposition has tapped into those musicians who feel the ground is not levelled.
Take an example of the ongoing fracas between Eddie Kenzo and Hon. Kyagulanyi’s supporters. Although Eddie Kenzo says it has nothing to do with politics, the whole saga has politics written around it as people power supporters accuse Eddie Kenzo of working for government to destabilize their camp after pictures emerged with him standing next to their nemesis in Yoweri Museveni.This clearly shows how politics has eaten into the music & art Industry which in the end has created divisions and camps among the support base politically. Musicians like Big Eye, Bebe Cool and Kusasiira cannot be allowed on stage in some places because of their attachment to the ruling government and sadly some have gone into oblivion since that “Tubonga nawe” project as rowdy crowds reach as far as pelting stones and bottles to them for their involvement.
The weight of this crisis will not determine the destiny of this nation.The answers to our country’s problems don’t lie beyond our reach as one senses that the current political trajectory shows music and politics are to get more entangled as temperatures rise towards the 2021 elections !!!