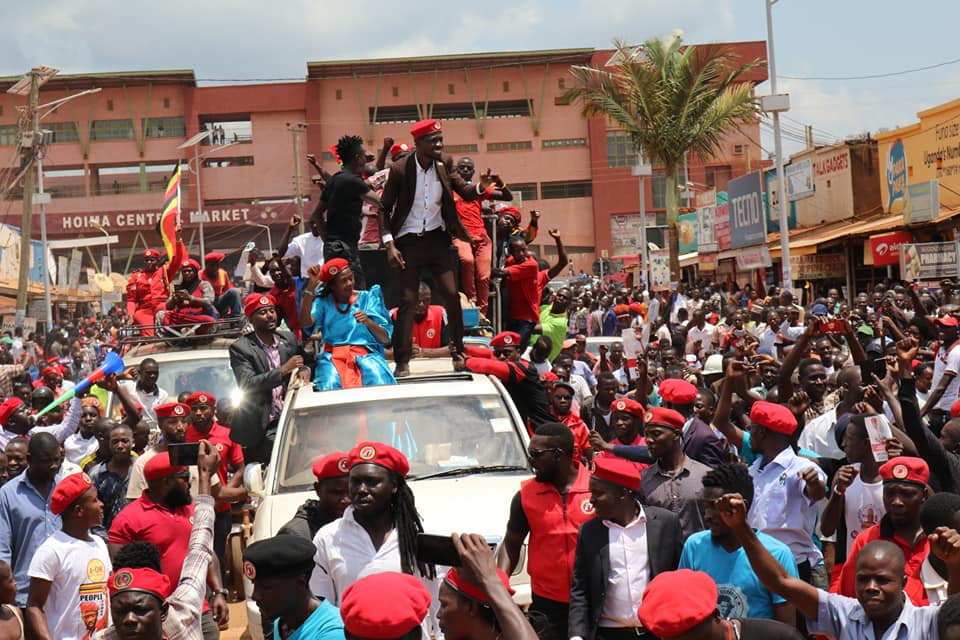 The National Unity Platform party president, Robert Kyagulanyi Ssentamu alias Bobi Wine will tomorrow throng the Electoral Commission to collect his nominations for the top seat in the country.

According to sources in the NUP/PP secretariat, the principal will be accompanied by only a handful of selected members who will adhere to the exisiting precautionary measures on COVID-19. “Yes, it is very true that the president will pick his forms at exactly 9am on Friday. The event will take just a few minutes. He’s simply getting his forms and that’s all,” says the NUP top member who asked not to be named. “We have notified the police in writing. We hope they will not disturb us this time round,” he adds.

Our efforts to get an affirmative comment from the principal did not yield as his personal assistants revealed he was not in position to give out a word as of now. But we have since learnt from social media posts of various People Power bloggers approving the mega Friday event.

In a July, 15 interview with the Associated Press last year, the Kyadondo East legislator confirmed his bid for presidency. “I will challenge President Museveni on behalf of the people,” Bobi said. “I know the regime is ready to block my candidature but I’ll proceed to contest,” he added. As he foretold his prophesy, the regime has since panicked to stumble his plans of unseating the ageing 76 year old tyrant, Yoweri Museveni. Several matters continue to arise to-date with the NRM government creating stunts after stunts in a bid to derail Bobi from focusing on the core objective of liberating Ugandans. Bobi is driven by a thought that he is vying for the good of the grassroot Ugandan. “The people have made me who I am by supporting my music. Now is the time to use my music to give them a better life,” Bobi said in a 2016 interview with The Observer paper.