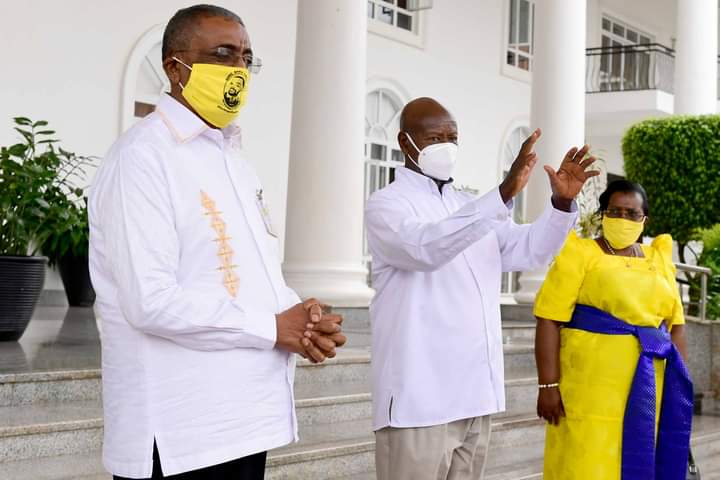 The move follows a day long discussion at State house Entebbe which was chaired by the NRM party chairman, Yoweri Museveni. A high positioned source in the party says Museveni ordered Babu to back out of the race for incumbent Moses Kigongo.

After ‘harmonizing’ the contest, Museveni directed the Central Executive Committee to vet Al Hajj Moses Kigongo unopposed ahead of the looming party delegates conference. In the same meeting, Museveni meddled in the race between the Speaker, Kadaga and her political nemesis, Persis Namuganza. It is said Museveni wanted a clear path for Kadaga but the speaker stubbornly rejected the offer and said she preferred to teach Namuganza a political lesson.

The party lifetime president said it was not good for the party to ignite wrangles and divisions as this would leave it unstable. “Kigongo and Babu are senior cadres that the party is not ready to lose. I urge them to harmonize and let Kigongo reoccupy his position,” Museveni is quoted to have said.

In his consolation statement, the veteran NRM honcho nearly burst into tears and attempted to storm out of the meeting but was restrained by the party chairman. Babu tearfully said, “After talking for a long time for the good of our party, we have agreed. I will voluntarily step down and let the other contestant continue. My decision has been done in very good faith and I accept it.”