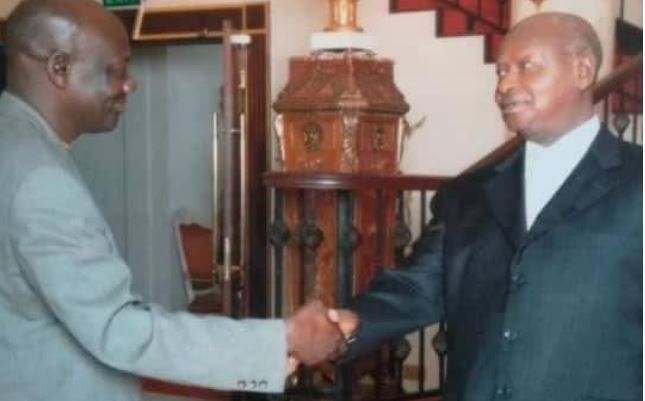 Makindye Magistrate’s Court has issued criminal summons against City tycoon Dodoviko Mwanje who is allegedly behind the demolition of St Peters Church, Ndeeba. The church was destroyed by thugs even though it was being guarded by policemen, leaving Anglicans across over the country in disbelief and anger.

It should be recalled that Court had earlier summoned Mr Lodoviko but he didn’t appear in court alongside other co-accused. In a court session held on Thursday between 6:30 p.m. and 7:20 p.m. The State Attorney Jacqueline Akao noted that Dodoviko and the commander had evaded arrest, yet they are key to the case.

The police officers were also charged with disobeying lawful orders when they disregarded orders issued by the Commissioner of Police Moses Kafeero to deploy guards at St Peter’s Church Ndeeba and avert any possible demolition or destruction of the said Church.

Meanwhile, two other police officers; Assistant inspector of Police Anthony Kiro and Corporal Richard Kasule together with 11 civilians were charged with malicious damage and theft of church property. Their attempts to secure bail through their lawyer Joel Allan Kabona were also rejected because of the time at which the session was held. They were asked to return to the Court on August 24.