Game over: Prof. Latigo bids farewell to FDC, says NUP is on track 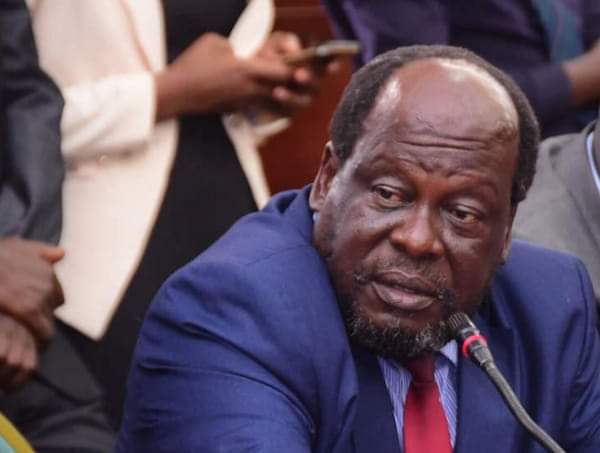 As the minority opposition party in parliament, FDC continues to head to its unprecedented days of doom, another brass in the party has opted to start a new political chapter. The Agago North MP Prof Morris Ogenga-Latigo says he is considering leaving the shambling Forum for Democratic Change (FDC) to contest for the parliamentary seat as an independent candidate in the 2026 polls.

Latigo who rose through the FDC political ranks served as the first leader of opposition in parliament, when multi party politics was revived.

In his farewell speech, Latigo said that the FDC political party has greatly declined and ceased to serving the purpose and expectations of Ugandans. “FDC just like all parties is serving individual interests. No body is genuinely in the struggle to liberate Ugandans,” Latigo said.

Asked about his next political destination, Latigo hints at Mugisha Muntu’s Alliance for National Transformation party which he has been closely associated with from its inception in 2019. Latigo says that nature and politics involving political parties have been very disappointing. Latigo added that he doesn’t want to join any political party yet but revealed that the National Unity Platform party led by Robert Kyagulanyi Ssentamu is apparently on the right track given its capacity to influence an entire youth generation.

“I am not joining any party, I prefer to serve the country at my own merit. I think there is no party I can join as most of them don’t serve any purpose… See what is happening in these parties, the fighting; very shameful for some of us who look at the bigger picture for this country,” he added.

He said that it was equally shameful to be an MP considering the parliament and the manner in which parliamentary business is run. Latigo said that although he was being pursued by political parties to join them, he thinks it cannot happen since it won’t change a thing.