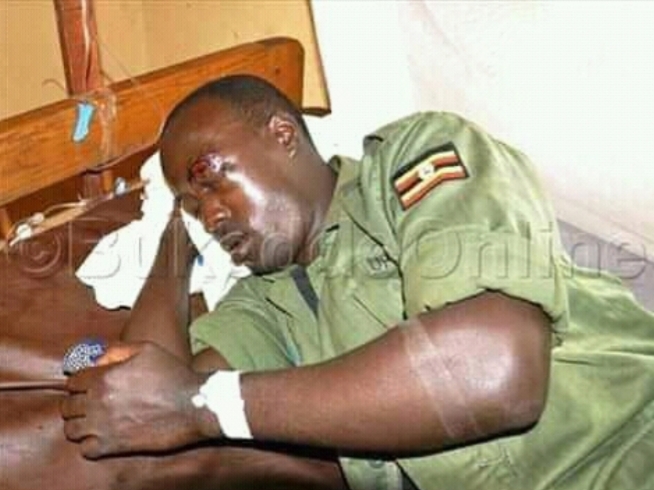 Police in Kisoro is immensely investigating circumstances under which two residents were battered by a suspected member of the Local Defense Unit.

Two residents identified as Stephen Semitwe and Mftumukiza Godfrey were reportedly waylaid while on their way home at 9pm on Thursday night.

According to Kigezi police spokesperson, Elly Maate, the injured Semitwe Stephen was cut on the throat and left cheek while Godffrey Muftumukiza was cut on the head and Alex Ntirenganya escaped unhurt. “The suspects were injured during the scuffle and we have since learnt that they have been admitted to hospital for proper treatment,” Maate said.

One of the victims, Ntirenganya says he made an alarm that attracted villagers who immediately went to the scene. On arrival, they encountered a one Ax 01196 LDU Natamba Jackson aged 22 years attached to 35 Battalion Nyakabande near the scene and opted to lynch him.

Natamba was suspected to be among the assailants was beaten and left unconscious in the garden of sweat potatoes. He was later rescued by soldiers and was taken to Kisoro Hospital with injuries on the head.

While speaking on his hospital bed at Mutorele hospital, Mfitumukiza Godfrey said that they were waylaid by people whom they suspect to be security officers. According to police no suspect has been arrested and motive of the attack is not yet established.