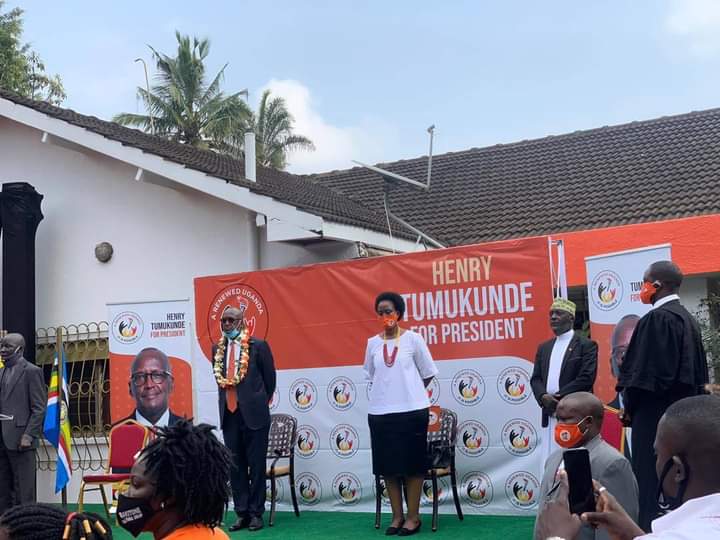 Police say they have arrested about 17 coordinators of presidential candidate, Lt. Gen. Henry Tumukunde’s ‘Renewed Uganda’, a pressure group he launched on Wednesday.

The detained 17 are being detained at Nansana police station according to a statement phrased by Patrick Onyango. “We got a tip that a group of people were hold a meeting that was likely to lead to the spread of an infectious disease. A team was sent there and found a group of people seated without respecting social distance and they were not wearing masks. They were arrested and have been detained at Nansana Police Station,” Mr Onyango said on Friday. However, one of Tumukunde’s coordinators disputes the police acclaims as he stresses that they held their gathering in line with the standard operating procedures. “We were wearing face masks and socially distanced from one another. Our venue was closed door and so police is just fooling around with the public,” states Labson Kijjambu, a coordinator for Tumukunde’s Renewed Uganda pressure group.

Similarly, presidential aspirant, Joseph Kabuleta was arrested on Friday, in Hoima where he allegedly convened a public rally. Police say, the journalist-cum politician did not notify them about his intent to hold a gathering. On the contrary, Museveni on Friday convened a mass rally at the demolished Ndeeba church. His gathering derailed from the Ministry of health guidelines of social distancing and wearing of face shields or masks.