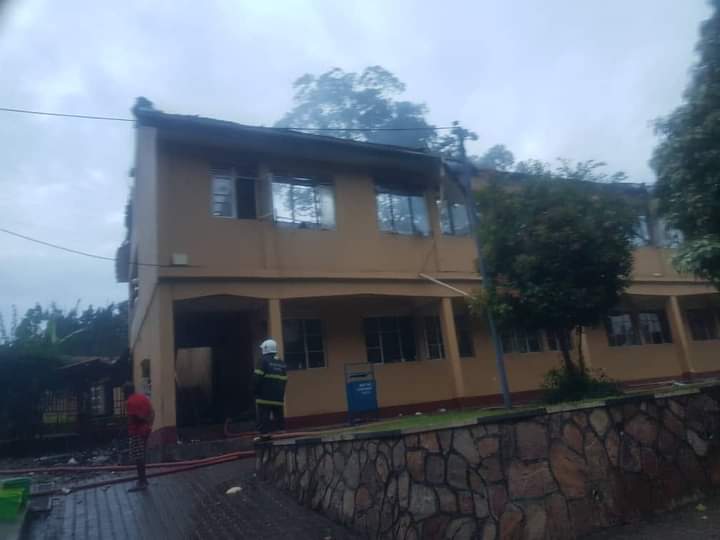 Fire today gutted a Uganda Martyrs Secondary School students dormitory leaving all the abandoned properties reduced to ashes. According to emerging reports, the outbreak sparked at about 06:00hrs of Saturday and its actual cause remains unknown.

Students are apparently out of school for nearly five months and so it’s unlikely that there could have been an electric short circuit which routinely triggers fires in schools. “The schools are under closure. And the police is less than 2 kms away, why would they wait for the dormitory to burn to ashes?,” asks one of th disgruntled students’ leader. “We need to understand what caused this fire. I can’t believe any other report that won’t implicate an individual,” he adds.

Police say they are yet ti ascertain the actual cause of the fire. “Kira Division Police is still investigating to ascertain what exactly caused the fire. Samples have been picked and exhibited,” reads part of the police statement dated August, 15.

The Museveni government is fond of destroying and selling off properties of traditional schools and institutions. The most remembered was the destruction of Shimoni demonstration primary school and Nabagereka primary in Kampala. One of the tricks applied to get people off the land includes the use of fire to cause discontent and discomfort to the occupants as manifested in the park yard market endless fires that saw the erection of tycoon Ham’s magnificent building.