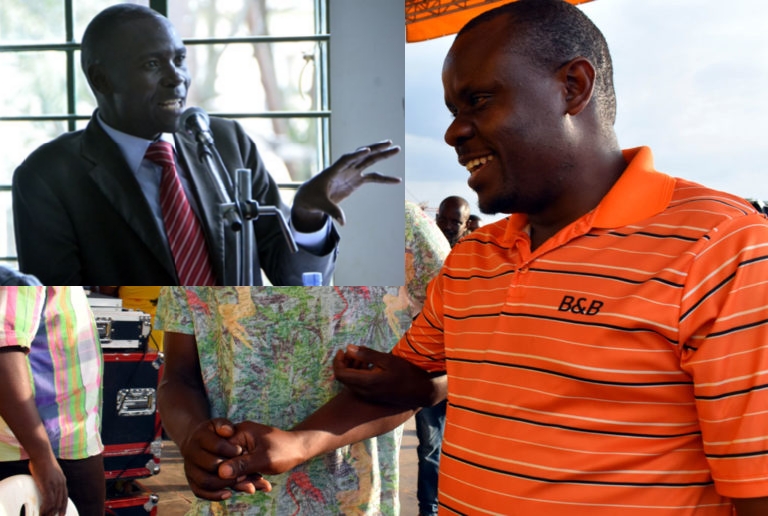 NRM leaning events promoter, Balaam Barugahare famed for his endless battles on Bobi Wine and People Power has finally met with city lawyers, Male Mabirizi Kiwanuka and James Byamukama at Sheraton Hotel. This site has since learnt that duo collected an undisclosed amount of money to boost their cases they pressed on Bobi Wine and the NUP leadership.

A source in the capacity of Sheraton hotel staff who is privy to the meeting says Balaam met Mabirizi and Byamukama at exactly Sunday noon (12pm). “Balaam was the first to arrive, then Byamukama followed and lastly I saw this man who sued the Kabaka arriving in an old black Toyota Ipsum model vehicle (referring to Mabirizi),” the hotel staff told this site. “They asked to sit in the board room and asked not to be interrupted for anything,” he adds.

Earlier last week, a couple of suits against the People Power which morphed into the National Unity Platform party were lodged by the two city lawyers. Mabirizi was deployed by Balaam to concentrate on Bobi Wine’s and contest the correspondence of his years of study and his age while lawyer Byamukama was tasked to challenge the quorum of the delegates who witnessed the transition of the NUP leadership from Nkonge Kibalama to Robert Kyagulanyi Ssentamu.

While lodging in his suit last week, Byamukama said he was not satisfied with the way the party was offered to Robert Kyagulanyi Ssentamu. The lawyer claims the entire process was fraudulently handled and that only 3 of the 51 members were originally NURP members. Byamukama said, “You have a membership list of 395 but only 51 people sitting somewhere decided to change the entire leadership of the party. There was nothing like transparency in what was happening. This was not a true party meeting, I crosschecked the 51 names against the official registered list of members. They do not appear except 3 people. Nkonge Moses Kibalama appears in the official list, someone else called Serunkuma and someone called Kakonge. All the other 51 are not appearing in the official registered list. In many cases, the membership list of that extraordinary meeting which elected the new office bearers headed by honourable Bobi Wine is almost as if one person is writing on behalf of others.”

Balaam Barugahare has overtime counter checked the dominance of the People Power movement since its inception as a political movement. In the year 2019, he even went ahead to register People Power as a Non Government Organization run by himself though this did not stop people from associating with Bobi Wine and his movement. Balaam has since retreated to embark of funding and deploying the likes of Male Mabirizi Kiwanuka and James Byamukama to fight his battles.