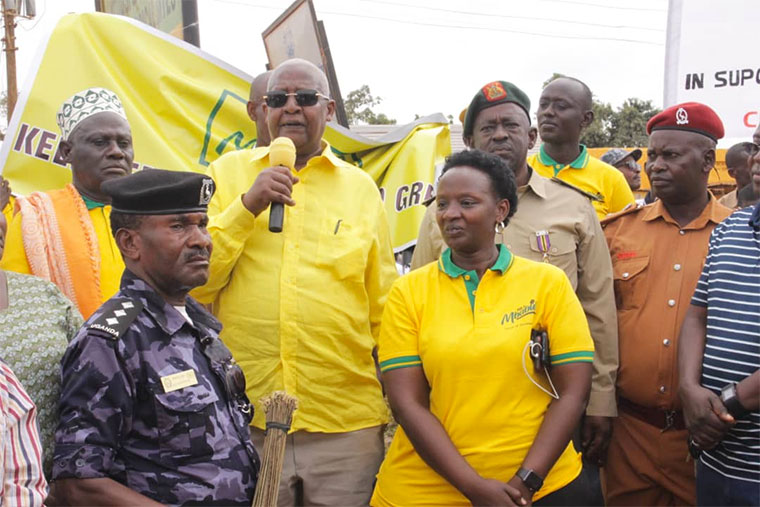 It appears that the earlier prophesied 50 year NRM occupation plan for Uganda is ensuing without keen attention from the public. People are lightly not following the trend which the Bush war generation has taken to shield their loot from being annexed by next government.

Apparently, there are several elective positions that the ageing NRM leaders have planted their children. Some are incumbent and want to be succeeded by their own flesh and born (children) while others are simply initiating them into the world of politics as tension continues to arise. History world over has it that when a government changes, the leaders are subjected to a probe and forced to cough the loot they grabbed while in power. Cognizant of the fact that the People Power movement wave is likely to sweep across all Ugandan corners since the change yearning plight has already embraced it, the NRM leaders have embarked on planting their own children to run for various offices as disclosed by our reporter;

Blaise Kamugisha is the face and voice behind the trending thirty seconds clip threatening to ‘kill for the president(Museveni)’. In the clip, Blaise warns Ugandans to back off the presidential seat. “I don’t want to be misquoted by the media but some of us can kill for the president,” Blaise warns. The youngster is the brain behind the Crime Preventers’ programme which was later incorporated into the Local Defence Unit, a militia wing tormenting Ugandans. Blaise is currently vying for the NRM youth wing chairperson seat. The son to Kayihura is said to be determined and can even kill to achieve his goals.

The daughter to the NRM Vice Chairperson central is currently racing for the Kampala woman MP position. She has been planted in this race by her father who wants to shield some of his businesses from ‘unnecessary taxation’.

The son of the veteran NRA historical, Maj. Bright Rwamirama apparently legislates in the same parliament with his aged father. He holds the position of Youth MP western region after outshining Gen. Tumukunde’s son in 2016, in a bloody election that even left Tumukunde shot. Mpaka seeks to advance as the Mbarara municipality MP in the approaching election.

This featured will run in a series form. In the next episode, we shall be exposing more NRM veterans who have turned Ugandan politics into a family affair.