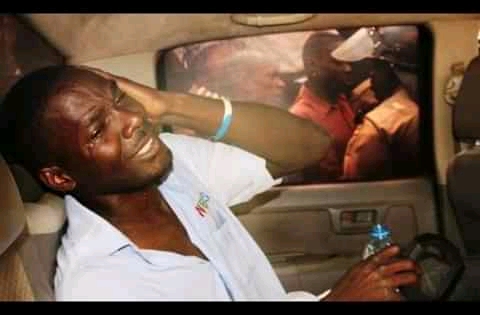 The High Court in Kampala has awarded Shs260 million to the former WBS TV journalist Andrew Lwanga as compensation for the injuries he sustained after he was brutally attacked by policemen in course of his duties.

Mr Lwanga was attacked on January 2015, by policemen led by then DPC of Old Kampala Joram Mwesigye while covering  a demonstration by a group of unemployed youth.

In the Court decision, Government is ordered to pay the journalist up to Shs18 million as special damages for medical and food expenses incurred during the treatment and general damages worth Shs250 million.

Justice Lydia Mugambe of the High Court said that the Shs250 million is meant to pay for the inconveniences, pain and suffering and other added expenses that Lwanga incurred that both payments would attract an interest of 15 percent 2015 till payment in full as well as legal costs incurred.

Justice Mugambe held that Mwesigye and his team of officers contravened article 24 when they subjected the journalist to inhuman and degrading treatment and that they also violated article 29 of the Constitution when they prevented a media practitioner from freely covering the protests they found him covering.

“The Inspector General of Police should conduct an investigation into the conduct of the said Mwesigye and punish him and other officers involved accordingly if found guilty of wrong doing,” she ordered.